The anniversary of the L. A. riots is this Saturday. Twenty-five years. 25. Phew! Time does fly. And no one was having fun. Most of the principal players are dead or have moved on. Most major networks or cable channels will be having shows on it this weekend. All will have different slants. Looking at you FOX NEWS! In any case, the smell and energy lingers. God. It was a very ugly time had, and done, by all. It was the aftermath of a court acquittal of law officers who'd done some pretty rough stuff to a citizen and it had been captured doing it in  real time with new technology. My stomach still roils at the carnage done by L. A. inhabitants after the verdict and at the brutal beating of Rodney King by the cops that precipitated it. Do you recall where were you when it all erupted? HAPPY EASTER TO ALL WHO CELEBRATE!

My latest historical romance, DISSENT (LOVE VANQUISHES ALL) book 2 in my historical series is now a Kindle Unlimited and a KDP Select offering if one is subscribed to those programs! 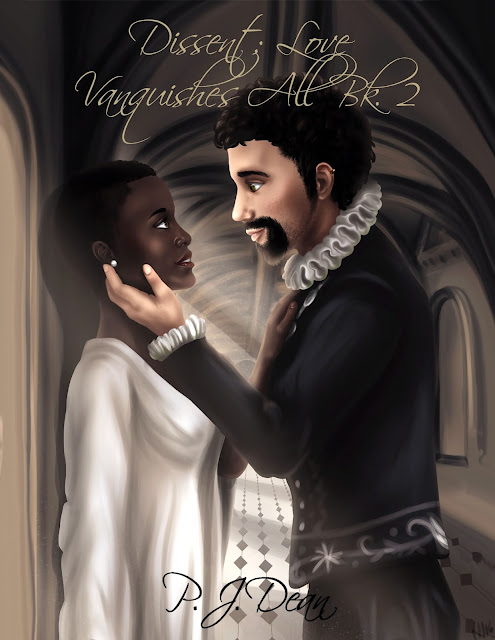 A well-known website devoted to romance books posted, yet, another think piece on diversity in romance publishing as it pertains the historical romance – Thing is the poster got her point across; it was the comments’ section that missed it entirely

I’d given up on reporting on the nonsense that passes for sincere engagement on the matter of diversity in romance publishing. Look. It was always diversity in the field. Be it the characters in a book or the kinds of authors writing them. It’s was the industry (mainstream writers, traditional publishers, bloggers, reviewers) that was loathe to acknowledge it. I’d gone on to simply write what pleases me. You wanna read it; you will. I can’t make you. I know that the arrangement I have with my medium-sized romance publisher In Canada, and my occasional venture into self-publishing will keep me sane. It will keep me from taking seriously the project called “inclusion.” So, I’ve weaned myself off these rants unless I stumble across something that further exposes the deliberate tone deafness amongst the players in the mainstream industry.

Look. I do not know how many times I must say this. But I’ll say it again for those late to the party. This diversity in romance publishing mess is a shell game that the Big 5 publishers own. They aren’t letting go anytime soon. These publishers direct the game where, how, and when they want it. If one wants one’s “diverse” anything published by any of the Big 5, one WILL follow their rules. And if one is a writer of color, and one craves publication with any of the Big 5, one will fall in line and write what the Big 5 tells one. And that means how to pen that character of color if one wants that tome to see the light of day. That’s the price one pays for validation and inclusion. So, ok. Go for it.

I will re-iterate. If one wants a book not tinkered with by gatekeepers, one’ll have to go fish in the Indie pond. The truth is the “diverse” historical as published by traditional houses is engineered like a GMO product. I give props to any writer who can create in that atmosphere.

Now on to the post in question. The website’s (Smart Bitches, Trashy Books) past post on the subject of historical romance when the main characters in the book AREN’T Anglo and rich is a winner. There is nothing wrong with the actual essay. The guest poster (an academician) penned an entry that asked when were writers going to pen characters OTHER than Anglos in their historical romances. The credentialed poster knew her stuff (listing eras that had non-White people with terrific tales doing things that needed to be written about). She simply wanted to know what would it take to have these tales appear. Where were the stories? Who was writing them? “Cuz she wasn’t seeing them and apparently, girlfriend was T-I-R-E-D of reading about titled, pale males in love with equally pale women.  She dared to suggest that these missing stories were worth creating and that since most historical romance authors weren’t tackling it, they needed to start. Her other issue was that since Anglo authors weren’t writing what she wanted to see, that perhaps, (gasp!) non-White authors were or would.

Those suggestions brought out the wide-eyed and willfully ignorant who all wondered, with mouth gaping, what the poster was talking about because those books are everywhere. Then mainstream reader after mainstream reader, and several mainstream authors, proceeded to list every mainstream historical romance book that had ever included a character with as much as a sunburn. They flooded the comment thread with recommendations. Oh, there were a few divas present, who from their tone were itching to show their azzes, but amazingly, it did not devolve into “Mean Girls” 101 like this topic had before on that blog.

And people think the romance biz is gumdrops and rainbows and unicorns? OH MY.

Problem was every single book rec’d was by a White author and had…wait for it, wait for it…a half-Anglo/half -Something-or-Other-Hero/Heroine. Anglo-Indian. Anglo-African. Anglo-Chinese, etc. Characters where one probably had to squint, cock one’s head to the side and then ask them to stand in a certain light to see that they were not Anglo. Just a smidge of another ethnicity to make the hero/heroine “exotic” and qualify to be mentioned on the thread. A sort of “Look what they wrote. See. These books exist!” Ok. I get it. These books were written by folk who know their audience. Their audience does not want to see any full-blooded anything get the happy ending. Unless, it’s some bare-chested, Navajo brave getting it in with an Anglo chick . Wait. I’m digressing. Anyhoo, the writers know that a real story is secondary and their audience is reading it for the sex scenes. Lots of readers don’t mind that. So, these cobbled-together books with scant stories peopled with half-Anglo sheiks or brahmins or Indian chiefs are now representative of a DIVERSE historical romance. Yanno, my grandma used to say, “Half-assed is half-done” and “The road to Hell is paved with good intentions.” Personally, I believe it’s an Interstate by now.

YEAH. EASE ON DOWN THAT ROAD. BUT WATCH OUT FOR THAT SEMI!

Every book rec’d had that kind of main character at the center. Written half-assedly. Why? Because that side of a mixed character is all those writers know. Because it’s safe and it’s their ethnicity. Every non-White writer on that thread saw that 1,000-lb. elephant in the room but few Whites on that thread did. Yet they, and readers, continue to complain that today’s historical romances bore them, are colorless.

WELL…in order not to be bored, wouldn't one need to read a historical by a non-White romance writer? One who does not have to follow guidelines, right?

Yo, you can’t get a different view of a landscape when you insist on staring out the same window.

Anyway, the comments to the post went on and on and finally morphed into excuses by the time the thread ended.

Let’s cut to the chase. The truth is the mainstream reader has little interest in reading a historical with non-White characters written by a non-white writer because too much REAL will dull the fantasy. They want nothing to interfere with that fluffy dream. Tea-Time, carriage rides, frilly dresses, gardens and aristocracy is what they want. As far as tons of readers are concerned, and have been brainwashed to believe, fully Black, Hispanic, Chinese characters should only play the help and scurry around in the background serving drinks, or doing chores or warming someone’s bed. That type of reader cannot fathom any of those people being front and center in a story, not exhibiting those tasks. “It’s too implausible” I’ve heard some say. It’s sad because a non-White author is the ONLY one who is going to give plausibility to them. It’s disturbing that some readers can’t handle it. They aren’t used to it. I guess reading that non-White folk made a life for themselves, NO MATTER WHAT ISH SWIRLED AROUND THEM makes ‘em uncomfortable. And goes against what they've been taught.

How do I know? Keep reading.

After all that kumbayah, hand-holding, I-Read-Others solidarity on that SBTB post of a few weeks ago, a post just THIS WEEK on the same blog asked visitors what they were reading. And what did the readers say? They responded with a slew of books they were not that fond of but had kept slogging through anyway. Mind you, some of these were the SAME people who’d been clamoring for recs of diverse historical romances written by non-White authors weeks before on the other post. So what happened? Didn’t they even bother to check out WOC in Romance to see what diverse historicals were there? Guess not. If they had, they would not have been slogging through that standard BDSM pill or that New Adult snooze-fest. If they’d gone to WOC in Romance they would have picked up some great books. Whatevs. Like I’ve said before: Either the historical romance centered on non-White characters WRITTEN BY NON-WHITE AUTHORS, who have another insight, is wanted or it is not.

So, Progressive Reader, you want historical romances with diverse, main characters who don’t bore you? Stop thinking that all non-Whites played subservient roles in history. Not all life in the past for non-Whites was one of misery. But to unearth that, an author has to do research. Imagine that. Writers of color who pen historicals do that all the time. The mainstream, traditional authors you stick to. The ones who you hope will give you that, don’t and won’t. So, if you are truly interested, you’ll find them. Now put down that boring book, stop with the excuses and go get what you say you want.

I rest my case. Tavares - The other brothers on the "Saturday Night Fever" soundtrack

With tomorrow night's televised tribute to the Bee Gees on CBS, and their contribution to music in general, and to the soundtrack to Saturday Night Fever  (release date: December 16, 1977! Oh God. I saw it the DAY it came out!) in particular, I'd like to mention the other group of bruthas who are brothers who were on the film's soundtrack.

This American RnB group of Cape-Verdean ancestry from Providence, RI topped the 70s charts. Feliciano, Perry, Antoine, Arthur and Ralph are known for the song,  More Than a Woman from the film. Other hits were Heaven Must be Missing an Angel, It Only Takes a Minute and Don't Take Away the Music.

Want some tea? Feliciano was married to my fellow Philadelphian singer/dancer Lola Falana once. Harmonious sounds, great footwork and fly outfits were their trademark. Ralph and Perry retired but the rest are still touring. 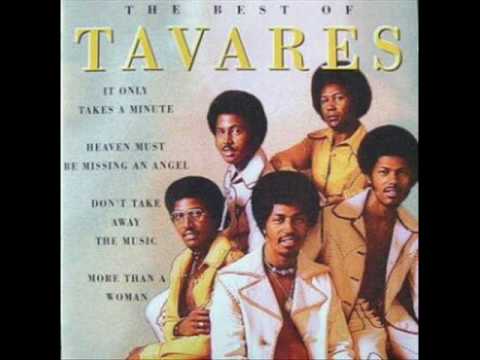 Remember that gem of a movie from the 80s,  THE LAST DRAGON? I do. Crazy, od fun. And who could forget how the young hero (Bruce Leroy) of the film, needed and found, a mentor, to teach him how to kick some butt. Enter Shogun Sho'nuff. Actor Julius J. Carry III played the mentor and was the only thing to recall from the film. BUT...In real life there was a man, a slave, from Portuguese Mozambique who was brought to Japan by Jesuits.

Anyway, he getting his own movie!

I said, "He is getting HIS OWN MOVIE" "Bout time. Now, if only some black screen writers could get a crack at it. One can dream. Read all about it at the link below and check out the renderings. 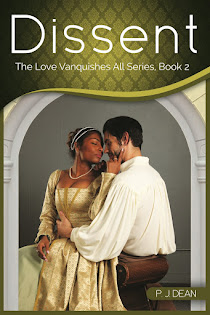