Angst Overload! New Adult and my take on its appeal

New Adult. New Adult. Lord, Jesus, Mary, Joseph all the friggin' Saints! Deliver me from that romance genre. Please! I do not like New Adult much like Dr. Seuss disliked Green Eggs and Ham. The excess of it all. Just yeech. Like romance as a reading preference isn't already brimming with emotions en plus? Maybe it's the age range of the characters that warrants all that...nonsense. I believe the H/hs are between 18 and 25 years of age in these books. I wonder if the authors are too. Okay, I recall that age range in my life but I do declare I was NEVER that naive or clueless or self-destructive a walking bundle of feels. Oh, yes the feels. Any and all feels. A tsunami of feels packed into a single story.

EXAMPLE: Youthful, orphaned heroine comes from a past filled with abuse of assorted kinds which has left her BROKEN. She is sole support for a kid sibling and/or an ailing relative who needs a bazillion bucks to get that life-saving operation. She longs for a different life but is so emotionally crippled it's not possible UNTIL...

The secretive, BROKEN hero with a similar set-up appears. Usually a ripped, gorgeous, brooding, tattooed asshole who treats her like ka-ka but because he's plays guitar and is BROKEN and bangs her like a screen door in a storm, it's okay! After much hitting all the feels, he reveals that he is a billionaire and they ride off on his Harley into Happyland. THE END.


I've tried to assess the appeal. Really I have. All I've come up with is that possibly, some people are so numbed by daily living that they need a literary fix to capture some semblance of human emotion. No matter how over-the-top. I don't know. Just my theory. Whatever. All I know is, New Adult makes me cringe. Readers love it though. And the authors of New Adult can't write it fast enough. Bless their hearts. Have at it. You get no competition from me.

I no longer cook for the pilgrim-and-indigenous-peoples'-food coma thing but I do acknowledge that this day, like all days, is a gift and we should be so grateful for each one we are given. So, I do raise a glass of cider and inhale delicious food to honor that concept. Just be thankful for everything, good and bad. Enjoy the day and the pretty picture.
Posted by PJ DEAN at 10:10 AM No comments:

I shall be returning to colleague Linda Mooney's Blogtalkradio show on DECEMBER 1st at 11pm EST to discuss and read from, the 4th book in my FELIG CHRONICLES series, PARADOX! Hope you can make it. 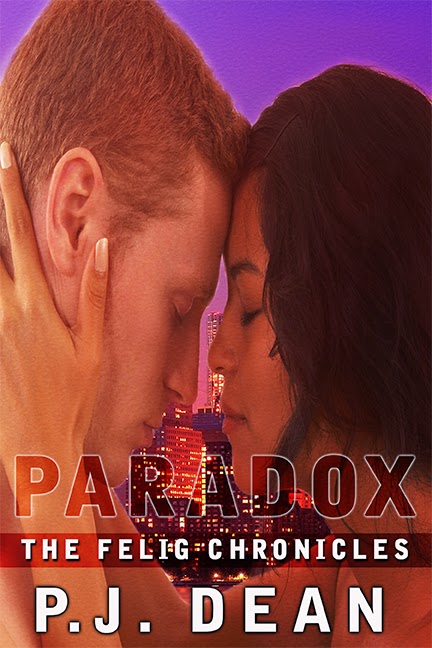 Hey there! Howdy, Buon Giorno! Bon Jour! G'day! Ohayo Gozaimasu! Chao moi nguoi! Kia Ora! Hallo! or Guten Morgen! Dzien Dobry! Ni hao! Hola! And Jamaica! Yah, Man! Okay, if I missed any visitors to the blog's country, excuse me. I will update. Also, if I messed up the greetings, forgive this American. In any case, thanks for stopping by!
Posted by PJ DEAN at 4:56 PM No comments:

Welcome to the 68th week of My Sexy Saturday.

This week’s theme is I’m too sexy. We’re not talking about those arrogant boys who really aren’t sexy. We’re talking about those who are and those who are a little over the top about it. Sure, sometimes there is that arrogant hero, or heroine, who will tell you they are too sexy for whatever task put before them. Then comes the fall. And we love to read about the fall.

So this week show us all the character that is too sexy and knows, whether in a good, bad or indifferent way. We love bad boys, we love good boys…heck, let’s just face it…we love men. And we love the girls or boys that love them. So this week show us a too sexy billionaire on his yacht, or a too sexy geek who just wants to gaze at the stars with someone special in this crazy world. Show us the good, the bad and even the hilarious moments that could comprise a hero or heroine that is too sexy. You all know what we’re talking about.

This week's snippet comes from my latest release, KINDRED, AN AMERICAN LOVE STORY, a historical set in upstate New York before and during the American Revolution. The two leads are Lelaheo, an Oneida male and Kindred, a free African-American female who have been raised together since childhood. Rescued by a doctor and educated by him, they have been seen as curiosities to the townsfolk for years. But they have found the courage to declare that they are so much more to each other on the eve of his departure for medical school.

Follow the other participants in this blog hop at

Lelaheo scooted closer and captured both of her hands.

“Do not. Please do not.” Kindred strained to pull away, but he gripped her hands firmly.

“Why not, Kinny?” He watched her turn a deaf ear to his plea. “Ever since we were children I have admired your honesty, your courage. Do not disappoint me now. Why are you so bothered? Why this display?” He shifted to his knees on the floor before her and seized both of her hands in one of his. With his free hand, he grasped her chin and gently pivoted her face to meet his. Her eyes were downcast. “Kinny, talk to me.”

She slowly raised her eyes to his face. That face. With its high cheekbones, strong nose, beautiful, almost feminine mouth, and those inquisitorial, obsidian eyes which were at this moment waiting for an answer. With a taut jerk of her head, she disengaged from his grasp. She raised her chin and stared at him coolly. “Lelaheo, you should know why. I never fancied you the type who would need their pride stroked. You should know.”

“What should I know, Kinny?” He reached up with his free hand, untied her head wrap and tossed it aside. Her two heavy braids tumbled to just below her shoulders. With a tapered index finger, he traced the curve of her cheekbone and applied light pressure as the same tip traveled lower to outline her mouth. He leaned in, his lips grazing her ear and he let out a long breath. “That you love me? Or more importantly, that I love you?” He felt her tremble at his words. He heard her breath catch and a little gasp escape. Pulling back, a dropped-jaw visage greeted him. “Well?”

Kindred wrenched her hands from his possession and hurled her arms around his neck. “Yes, I love you. Lelaheo. Kunoluhkwa.”

He stood up, hauling her from the settle roughly. He snaked one arm around her waist, while the other supported her back, bringing her snugly against his hard body. Looking down, he beheld her glowing features and sighed. 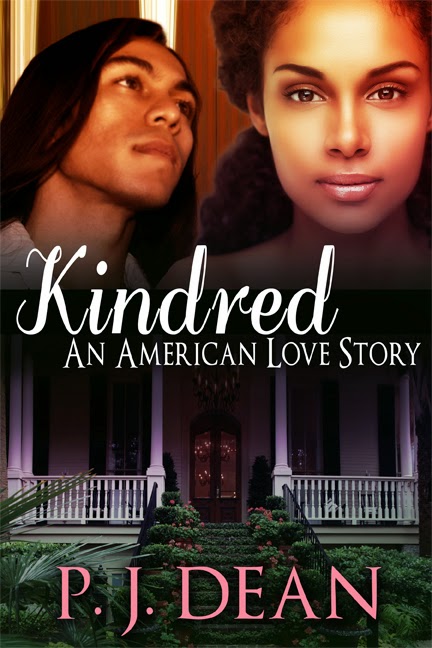 Somebody in the United Kingdom bought a copy of "KINDRED!"

I'm jazzed! Someone in the UK (sorry, don't know which country) bought a copy of KINDRED, AN AMERICAN LOVE STORY. I'm humbled and kinda awed. So if you frequent this blog...HELLO! and THANK YOU! All others feel free to follow suit. LOL

I know it's early to break out the Black History facts but why wait for that "special" month. Some things need to be shared when the mood hits. Read about a war hero, a kid actually, who was killed saving his comrades and decorated posthumously. 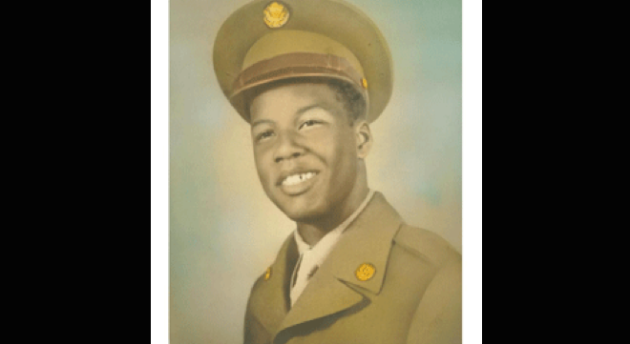 image courtesy of www.blackamericaweb.com
Posted by PJ DEAN at 7:58 AM No comments:

The Almanett Hotel, the hard-won jewel of Gulfport, Mississippi

Thinking of a vacation? Think of Gulfport, Mississippi. Yeah, I said Mississippi. But do it at this adorable, chic B&B/hotel. Soak up relaxation and a bit of history. This B&B overlooks beaches that were part of a federally-owned 26-mile long stretch of sand which once was Whites-Only as late as 1968. A group known as the "Biloxi Wade-Ins" held peaceful protests, headed by NAACP Gulf Coast president, Dr. Felix C. Dunn. The group filed one of the first ever anti-discrimination lawsuits in U.S. annals. The ban was defeated in 1968. Today this little resort is the only Black-owned and operated hotel in the southern part of the state. I say have a margarita and all in the water! 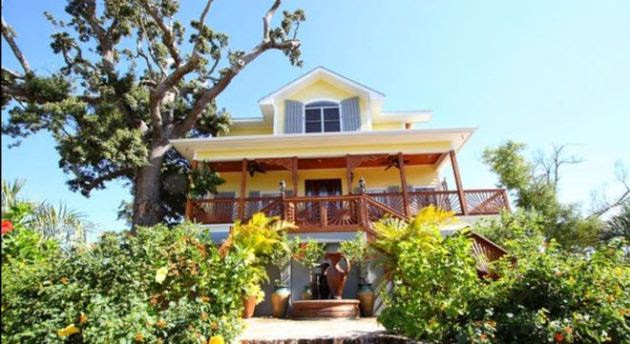 image from www.blackamericaweb. com
Posted by PJ DEAN at 12:01 PM No comments:

Hello to the visitors so far this week: Hey, US of A, Hi Saucey Australia, Hey, O Canada! Buon Giorno, Italia! Bon Jour, Ma Belle France! A very lovely "Hi there" to the UK of which I believe Kiwi newcomer New Zealand is a member and welcome to my lone wolf visitors from Kuwait and Vietnam. Keep it coming and spreading my URL around. Thanks
Posted by PJ DEAN at 9:45 AM No comments:

Just look to the top left of this page to flip through the Nov/Dec issue of Book Trailer Showcase emagazine for FREE! Even see the colorful group ad for "KINDRED, AN AMERICAN LOVE STORY" on page 114. Don't fight it. You know you love it.
Posted by PJ DEAN at 11:32 AM No comments:

To buy or not to buy: Amazon's Kindle-Unlimited program. Friend or foe? And to whom?