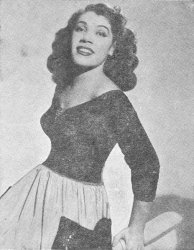 Anne Wiggins Brown, born August 9, 1912, was the 1st African American vocalist admitted to Juilliard School in New York City. She'd been raised from an early age to excel and was considered a child prodigy. Her family supported her through her quest for vocal excellence. At first she applied to the Peabody Institute but was rejected due to, let's say it together, boys and girls! - HER RACE! I'm shocked I tell ya. Just shocked. Anyhoo, she applied to Juilliard and was accepted at the tender age of 16. Her vocal range was soprano.

While there she honed her craft and heard that George Gershwin was writing an opera about Black life in the South. The work was to be called Porgy and Bess. She wrote him. He answered. They collaborated and she played the role of Bess when the show opened in 1935 at Boston's Colonial Theater with its all Black cast. 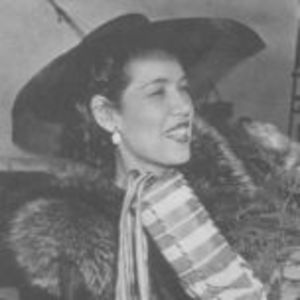 Having made history, she continued to work but nowhere near as much as, say, a White counterpart like Mary Martin. Sick of the racism and the U. S.'s segregation laws, Wiggins-Brown moved to Norway where she became a vocal coach.

Decades later, she was honored with the George Peabody Medal for Outstanding Contributions to Music in America. An "award" bestowed upon her by the same 'institution of higher learning" (YAWN) that had denied her entrance years before. 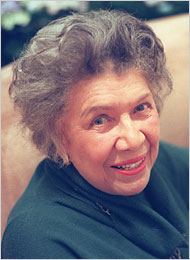