A few funk/soul/psychedelic bands from the 60s, 70s and early 80s

Ok. Haven't done this in a hot minute. I had to dig in my bag of memories for these. Here are a few soul/funk/kinda spacey bands I used to listen to waaaaay back when. 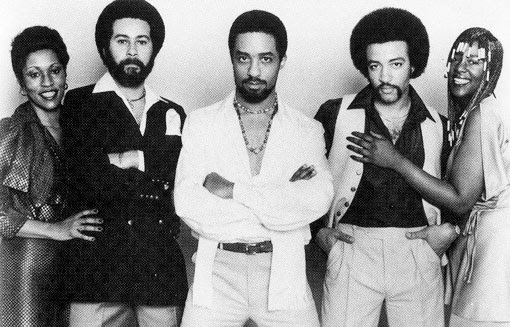 A band from Detroit, MI. This group was big in the late 70s - early Eighties. There biggest hit was This Must Be Heaven. Lord, if I had a dollar for every time I slow-dragged to that song in some friend's wreck room...Phew! I'd be rich. Rich! I tell ya! Oh, a wreck room? Don't know what that is? Ask your Mama. And if you are not American, ask an American friend to ask their mama. Better yet, Google it! This group had a myriad of members who had a myriad of musical backgrounds. A young Regina Carter even had a stint with them. I have to admit it was the combo of the late Belita Woods and Lamont Johnson's voices on This Must Be Heaven that set me spinning. Ah, youth! Take a listen. 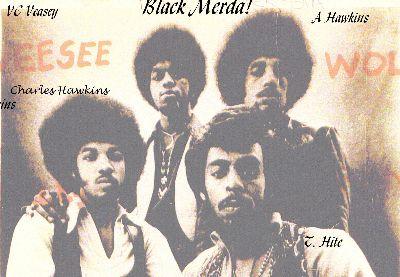 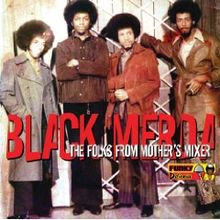 Bet you never heard of this one. A rock, funk and psychedelic band based in Detroit also, who was active from the 60s through the 70s and re-upped in the early 2000s. They began as the back up bands for some heavyweights: Wilson Pickett, The Spinners, The Chi-lites, Jackie Wilson, etc. They had a R-n-B background but were heavily influenced by rock and veered off into the realm of Cream and The Who and finally settled into the psychedelic making sounds like Jimi Hendrix, Sly and the Family Stone. Despite their sound, their message was early Public Enemy.

Take a listen to Long Burn The Fire! You will hear all the influences.

And last but not least is The Rotary Connection. 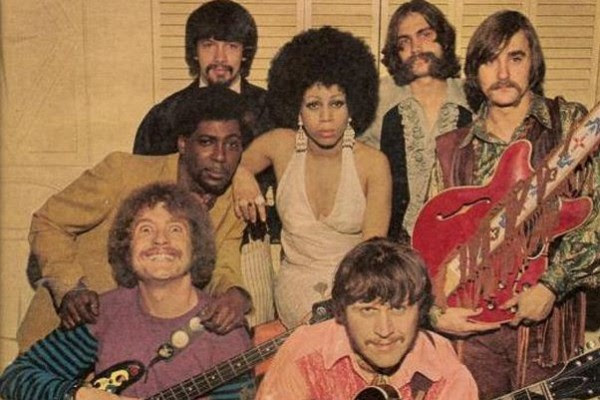 A band from Chicago who billed themselves as strictly psychedelic soul. I have a soft spot for them because Minnie Riperton sang with before striking out on her own. This was another of those groups with a long roster of members who came and went. They were active from '66 -'74. Sample their sound with a then unknown Minnie Riperton singing Lady Jane.

Before Rosa Parks there was Irene Morgan. Actually, there was Mary Louise Smith and Claudette Colvin too. Miss Morgan displayed courage a full 11 years (1944), in Virginia, before Mrs. Parks. Miss Colvin expressed her humanity 9 months before Mrs. Parks' 1955 act. Miss Smith expressed herself in October 1955, two months before Parks. At that rate, there were probably a slew more being civilly disobedient.

The earlier women set the groundwork for when Rosa Parks would stand her ground. In any case, all four women declared enough was enough on their particular day in history.

I can imagine. Sometimes, you just gotta say "Eff it! Bring it on!" and let the cow chips fall where they will. 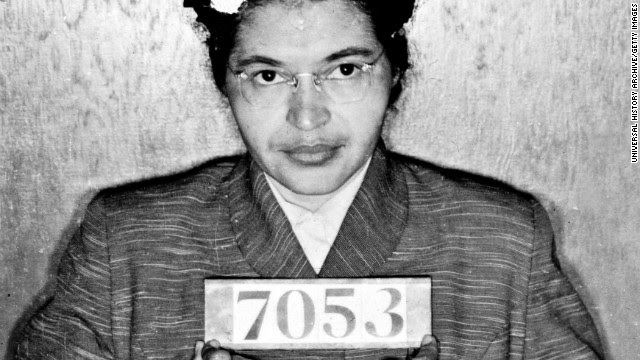 Side note: The NAACP though involved with legal support in all the cases, made Mrs. Parks' bid the one for the history books. Some say she was chosen to carry the banner because she fit the "respectability politics" profile the organization was striving for in that era. Yanno, the whole "show the country we are just like them. just a different color" route. Rosa was older, married, childless and wed to a card-carrying member of the NAACP. Miss Colvin was 15, pregnant and unwed.at the time of her incident. I do not know what the situation was about Miss Morgan. She was 27 when she was harassed on the bus she was riding. Sources say she had two kids and had married twice in her life but I do not know what her status was at the time of her arrest. Seems the NAACP went with the sure thing theory. It worked.

Whatevs. I applaud these women.

Be still my fluttering heart! POWER returns on Sunday night

POWER. My guilty pleasure like a few other TV shows. Except this gem is on Starz. It gets compared to Fox's EMPIRE but really, they are two completely different programs. Both have formerly incarcerated lead characters who are now legit. But where Cookie and Lucious have left jail behind and are music moguls trying hard to keep on the straight and narrow (Yeah, good luck with that) ..Poor James "Ghost" St. Patrick, on POWER, and his ride-or-die wife, Tasha, aren't so lucky.

Both shows have executives who've built their legacies on past drug dealing but the game just won't leave Ghost et al. alone. This is where it gets rough. Since it's cable, POWER goes places EMPIRE can't. Key characters die on this show. People do truly ratchet ish to each other and claim, "It's only business." Unsettling. As I've said, both are entertaining but one is Yoplait and the other is a kefir with bite.

When POWER's third season ended, Ghost (who'd thought he'd escaped his old life) was being arrested, in one of his night clubs, for murder. He was set up and was sent up the river for a stay at the big house courtesy of the State. There are so many backstories and moving pieces that one can get giddy if one is not paying attention.

Ghost is such a complicated, brooding, adulterous dude. An alpha in every sense. Not my fav type of guy but actor Omari Hardwick pulls it off beautifully. I actually root for him. His TV wife, Tasha, as played by Naturi Naughton is Ghost's equal. Tasha loves her man but she goes to some shocking extremes to let others know that. And endures his cheating ways. Girlfriend is a tad too ride-or-die for me. Let's just say even my mouth dropped at the things she's done.

Season 4 starts with Ghost being sent to jail, his re-acclimation there and a come-to-Jesus visit from Tasha to brainstorm about how who framed him, how to get revenge and how to get his freedom. Since Tasha is the one on the outside, I'll be watching and waiting for her to go into mercenary mode. The ensemble cast is stellar and after the principals I have to admit that the characters of Tommy Egan, Ghost's down-for-anything friend, as played by Joseph Sikora, and Jukebox as played by Anika Noni Rose are a wonder to behold. This season is gonna be off the chain.

Anyhoo, season 4 starts Sunday, June 25 at 9pm EST on Starz. Watch the trailer for season 4 below.


https://www.youtube.com/watch?v=OgaxVR_Ou9E
Posted by PJ DEAN at 10:09 PM No comments:


Today is Juneteenth. June 19th, 1865. That's the annual remembrance of when the news of the emancipation of U. S. slaves hit Texas. Finally. As time progressed, freed blacks in Texas had scant places to hold subsequent celebrations of that fact. Finally, some prominent freedmen pooled their meager resources to buy a plot of land to hold the festivities in Houston. Cost? 800 hundred bucks. 800 hundred smackerroos to crave out a place to party. And that's if one could get there.

Hence, the birth of Emancipation Park in Houston, TX.

Per the usual, folk began to forget how hardwon the freedom was and started to let the land fall into disrepair, or just plain didn't show up anymore. 2007 was the last celebration. But loal agencies and locals period realized how important this plot of land was and a plan was drawn up to revive the place and the celebration.

This past weekend, a $33.6 million dollar re-do was unveiled and the park was placed back in action. 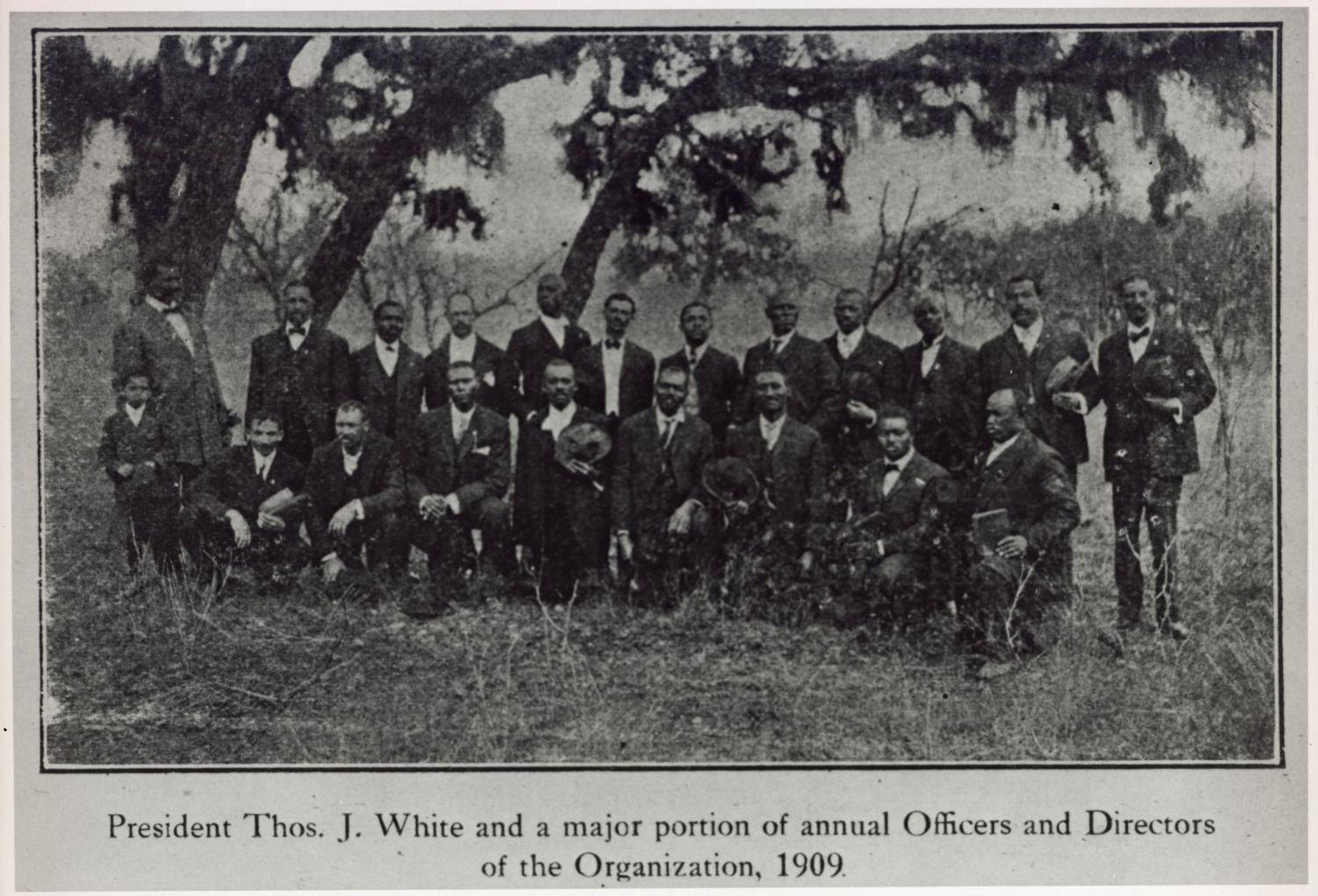 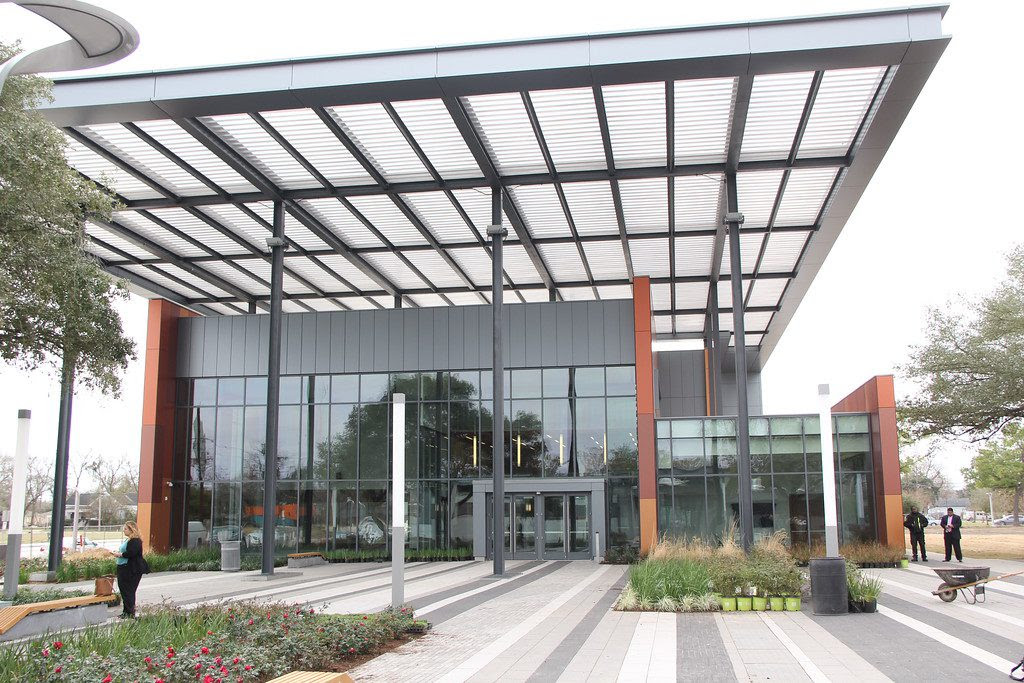 I'm still rubbing my eyes because this woman is uber-gorgeous. Meet Nyakim Gatwech. Sudanese model and beauty extraordinaire living in Minneapolis now. I do hope she retains her high self-esteem as she navigates the dog-eat-dog world of modeling. And stays herself. No imitation of others. And please, girl. No bleaching. No blond weave. No. Just no.

This is the woman whose phenotype has been ignored in historical romance writing, but graces the majority of the heroines in MY historical romances. Alabaster. Lily-White. Rosy, If as a reader, your historical romance heroines must wear those words...Don't pick up my historicals. Okay? You'll be disappointed. Those adjectives are quite absent in my books as they do not describe my heroines. If you want a break from the usual heroines,,,Then we can talk.

Ms. Gatwech's pictorials, and any photo of fellow model Khoudia Diop and any photo of actress Lupita N'yomgo, give me life. Stay true ladies no matter what. Anyone can be somebody else. It takes guts to stay you. 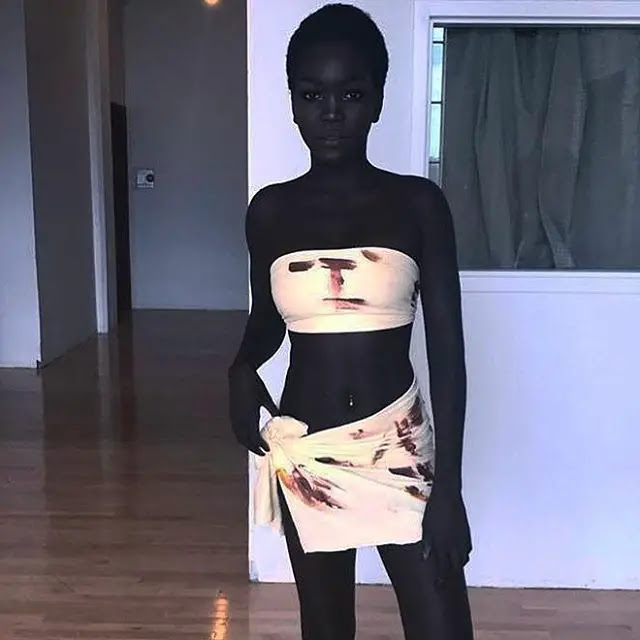 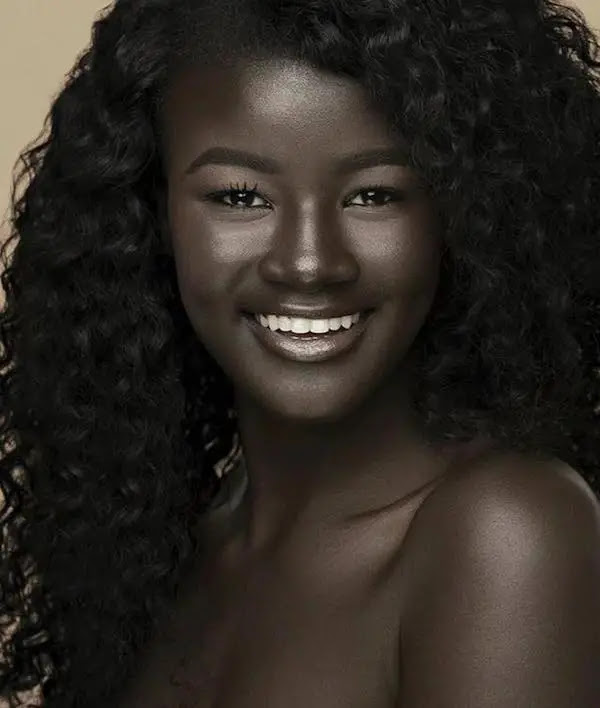 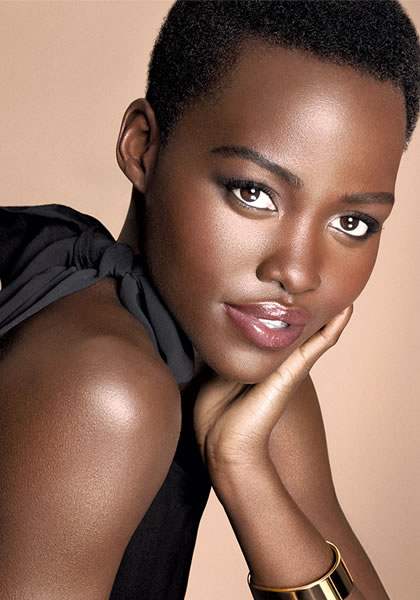 Willie Francis vs. the State

I read this book awhile back. Broke my heart. But it's part of America's history and NOTHING TO BE PROUD ABOUT! Not a shining USA moment.

Anyhoo, read about the kid.'s 1st botched execution, the bogus trials and then the final killing blow in 1947, check out the article and consider the books below. There also was a Hollywood film made.

The 2008 book is The Execution of Willie Francis by Gilbert King.

The fictionalized account of the matter was the subject of Ernest Gaines' book A Lesson Before Dying.

First off, I ADORED the new Wonder Woman film. Okay? No shade from me. I love a kick-butt chick in any hue. BUT Diana Prince did have a sister/side-kick/adversary in the comic books. Oh, pardon me. Graphic novels. From 1973 to the 200's Diana had Nubia by her side. A black chick who ruled an island of men. She and her crew kept those suckers in line. The '70s TV show of Wonder Woman was supposed to have Nubia on it. The late Teresa Graves of Get Christie Love fame had been signed for the role but..You know how that goes. Too much fierceness? Too much beauty in one place? Too much competition? I suppose if a black woman wasn't cooking, cleaning or wearing a maid's outfit, TV viewers would be stumped as to why she'd be on the screen. Funny. Julia. The afore-mentioned Get Christie Love. Even Mannix from years before had black female important characters who didn't play servants. Oh, well. I would have liked to have seen Linda Carter and Teresa Graves share the screen. and beat backside together. Maybe Diana and Nubia will be in the current movie's sequel?

Anyway, read more about Nubia at the above link. 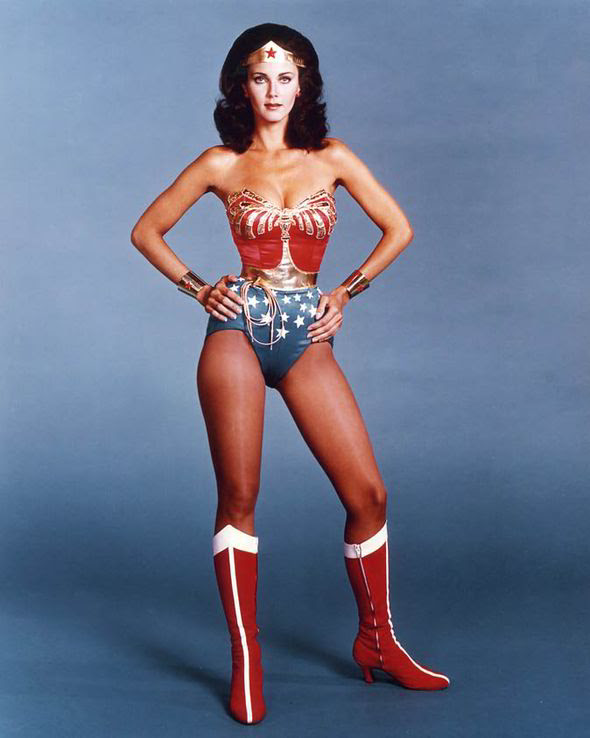 Innocent by-stander to a car crash, is horribly engulfed in flames, has guns drawn on him, and is beaten by cops

A deceased uncle of mine would have said, "What mess is this?" And it IS a mess. Not APPEARS to be a mess. It IS a mess. And it's Jersey City, NJ. NO SURPRISE THERE. Law enforcement were a tad TOO eager in their duties. But don't fear. They will find a way to weasel out of any culpability. I think I'm going to puke. This poor guy wasn't even the one they were after. Watch the video and decide for yourself.

My questions:
When has a drawn gun ever put out a fire?
Why have guns been drawn on a man engulfed in flames in the first gotdamn place? It's not even the dude they were chasing!

Maybe it's just me but would not covering him in cloth, or spraying him him with water have stopped the fire? Not kicking and unholstered guns?