Gladys Knight and the Pips! - Not a funk band. Not a rock band. Just a group with A LOT of soul and talented family members

The smooth moves. The perfect harmonies. The sartorial elegance. That was Gladys Knight and the Pips! This group has, had been active since 1953 through 1989, when they broke up to do separate projects. Founded in Atlanta, Georgia, they found success with Motown and Buddah record labels with the hits I Heard It through the Grapevine, Midnight Train to Georgia. The group comprised Gladys Knight, her brother Merald and their cousins Edward Patten and William Guest. Legal problems with the Buddah record label forced the group to make music apart for awhile, but they did reunite to make more smash hits like Save the Overtime for Me. By the time they were inducted into the Rock and Roll Hall of Fame in 1996, they were known successes on their own now. Disbanding in 1989 because Ms. Knight wanted to go solo, they did remain close. As with all great triumphs, great sadness is never far behind. In 2005, Edward Patten died from complications due to diabetes at 65; on December 24th, 2015, William Guest passed from heart failure at 74. Gladys and her brother continue to make wonderful music. Ms. Knight's latest appearance in my area was with the O-Jays at the Academy of Music back in November. 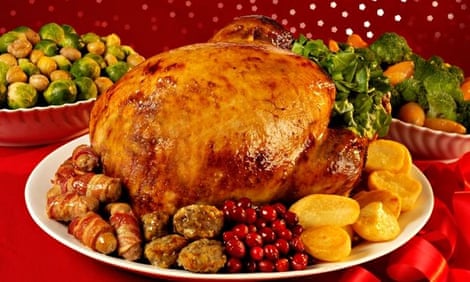 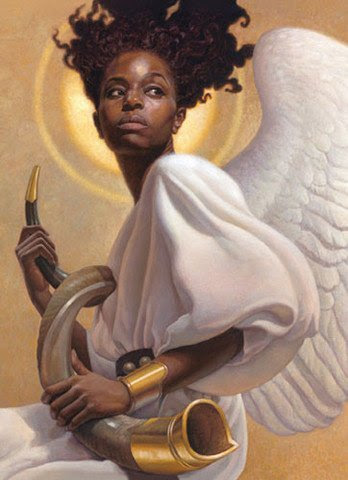 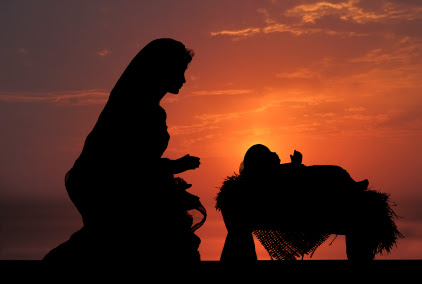 MERRY CHRISTMAS! HAPPY FESTIVUS! HAPPY KWANZAA!  HAPPY WINTER SOLSTICE! Phew! I think I got most of it. I know. I know. I missed HANNUKAH. My bad. In any case, TIS THE SEASON to celebrate something. Me? Grateful to have seen another year and to have put out two books. Two more coming in 2016! I am a busy girl!

Playing any Christmas music while you cook, shop or chill? I love the classiics. Nat King Cole, Johnny Mathis, Andy Williams, Sinatra, Ella., Streisand. For some reason my fav Xmas album this year is STARBRIGHT by Vanessa Williams. I'd forgotten that this woman can sing. The arrangements on that Xmas album are absolutely gorgeous. No wonder she won the Talent portion of the Miss America pageant that year. (I think). LOL.

Anyhoo, I thought I'd post some pictures of the season. A mix of what people live for at this time of year. Hope I hit the major ones. And again, do have a merry something!

BREAKWATER! No lie. This is my favorite funk band from my hometown. Founded in Philadelphia, PA, back in 1971 they have been going strong ever since. Their music and the music of my all time, number one favorite band, EARTH, WIND AND FIRE are the tunes that get turned up on my radios (yes, I own a few of those dinosaurs) when they come on and I do not care who gets pissed about it. I won't hear you anyway! Love, love, love their sound. Their top songs in my mind? Say You Love Me Girl, Splashdown Time and Release the Beast. Put on a Breakwater tune and it's a '78 summer in Philly on the Plateau and the aroma of a cook-out is calling or it's blue- light-in-the-basement sort of party, that guy you liked has asked you to dance and all is right with the world. Aah, yeah, Breakwater.

Enjoy the sound of Philadelphia!
Posted by PJ DEAN at 8:31 AM 2 comments: From my home state, this lady did her duty, got out and went on to become an historian and an author. Not sure but I believe there is no separate unit now for women. I believe they are commissioned into the regular Army now.

Like the Navy. Different sides of the same coin.

This fact is right up my alley because my aunt was one of many Black WAVEs in the U. S. Navy (Women Accepted for Volunteer Emergency Service). She made it her career, establishing herself as a Drill Instructor. She made many a recruit scrub a toilet with a tooth brush. You did not mess with my Aunt Joanie. Trust and believe. She retired after giving 20 years of service.

Sarah Rector, Creek Freedwoman, her land title claims in Oklahoma that made her the richest little girl in the USA at that time and the "circus" that trailed her all her life

The more things change, the more they stay the same. Sharks come when they smell blood in the water; money grubbers fall out of the sky (or woodwork) at the mention of a coin. This little girl weathered ish that was beyond believable because she came into money from supposedly worthless land that was granted to her family but later was found to have oil reserves. 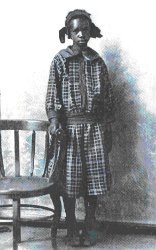 info courtesy of african-nativeamerican blogspot
Posted by PJ DEAN at 7:55 AM 2 comments:

I like this concept a lot. Funny thing is my mom and uncles and aunts went out of their way decades ago to locate baby dolls and fashion dolls who looked like me. And they ALWAYS found them. I had the most beautiful Black baby dolls and fashion dolls in my neck of the woods. Where did they get them? Well my first one was bought from a small, Black-owned and operated, Mom & Pop store in my South Philly neighborhood on South Street. This couple had anything and everything that was hard to get. They had connections. Ask them, they'd get it. Might take a bit but they'd get it. That's why Xmas requests had to be put in EARLY!

The next place to look was NEW YORK CITY! You could then get ANYTHING pertaining to Black folks in the Black owned stores in NYC. You had to look, or ask and then order right away! Don't know what happened between the Boomer Generation and the kids coming up after the Millennials but they seem a tad lost about how to go about getting stuff. But then again if these dolls were sold by APPLE and came with Wi-fi, they'd be all over it and would stand in line over night to get one.

Dolls of ALL ethnicities are in is line. Hence the name.

At any rate, this genuine genius of a good father, Houston businessman ,Trent Daniels fulfilled his little girls desire and that of thousands of other little girls around the globe with the ONE WORLD DOLL PROJECT line. Currently available at HEB stores and Walmart, he will be expanding into Target and Toy R Us in 2016.  Read more about it. Then go buy a freakin' doll or two.

EMPIRE - Season 2 finale was so delicious!

Well, EMPIRE, (my guilty pleasure) had it season 2 finale last night and Lucious (Terrence Howard) stole the show for a change.  It's usually Cookie's (Taraji P. Henson) platform but I give Mr. Howard his props, he owned it last night. Just when you think Lucious can't get any more creepy, he does. Last season's cliffhanger ended with Mr. Lyon going to the joint after being betrayed by two of his sons. Cookie was left in charge but got voted out of the company by Lucious by remote control from his PRISON CELL! How's that for technology?

And that's where this season started. Cookie has started her own record label with the youngest son and is trying to pull in more acts. Lucious, her ex, has been putting roadblocks in her way all the way. Everyone is screwing everyone, literally, figuratively and financially. Big name music stars dropped in and out. A key character went bonkers; another is probably gonna miscarry and/or die due to a jealous person. Oh and I adore Lucious' lawyer Thirsty. He is a scream. Personally, I could have done without the Alicia Keyes storyline. She was plopped into the last few episodes to show that Jamal is sexually fluid? Because he broke up with his boyfriend, y'all had to stick a chick in there? Why not have him take a breather and get his act together on his own? Please. Really. Just have him sing and keep it movin.' It also gave Lucious the chance to grin and be proud of his "boy" 'cuz he "hit it'" with a girl. Oy.  That aside, it was a good episode with Lucious on the ropes at the end, losing his company because his pissant brat of a boy-child son of his, Hakeem, voted against his father. I think this is the second time this kid shivved his father. All I know is Cookie will not stand for her ex being disrespected by anyone. She likes to do that herself. Hakeem, Hakem, Hakeem. Your ass is grass.