My Thanksgiving message for all

This wonderful, soulful song is my message to all who visit this blog this day or any other. Whether or not you celebrate Thanksgiving day, hate this day or could not careless about this day...BE THANKFUL! JUST BE THANKFUL! Now let me let Curtis Mayfield explain it better. With stupendous lyrics from William DeVaughn. Take it away gentlemen! 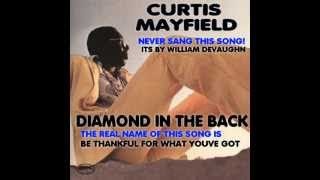 Another first gone and underappreciated: Cynthia Robinson. Rock and Roll Hall of Fame inductee and trumpeter for Sly and the Family Stone. She also played in Graham Central Station with its founder, Larry Graham. (Wanna hear a great song? Listen to The Jam by that group. I dare ya to sit still) I do not like this one bit. The music makers of my childhood are checking out fast. Oh well. At least I heard them in their prime. I can hear her blowing now on "Dance to the Music." Do it, Cyn! 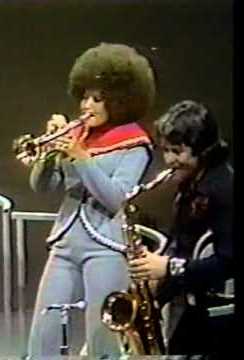 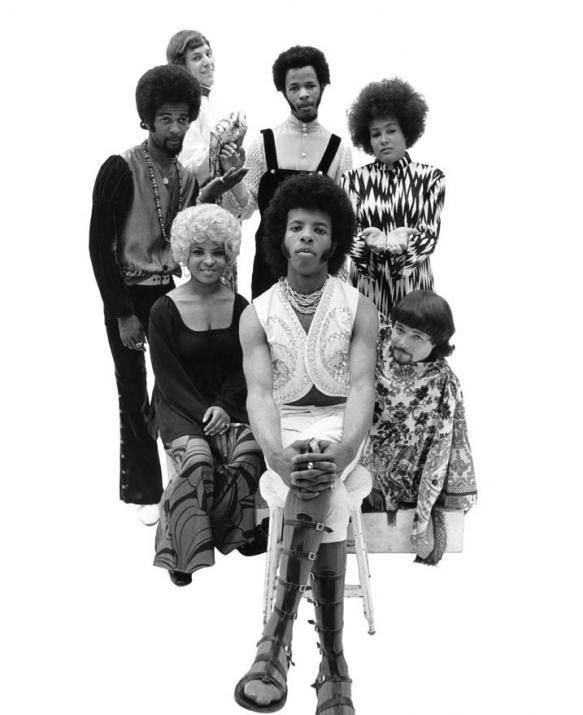 Robin and Andrea McBride are sisters who never knew the other existed until 11 years ago. After finding one another they got together, discovered that that shared a love for wine and as they say, the rest is history. TRUVEE WINES was born. I'm looking for this brand this season and I'm not even a wine drinker! 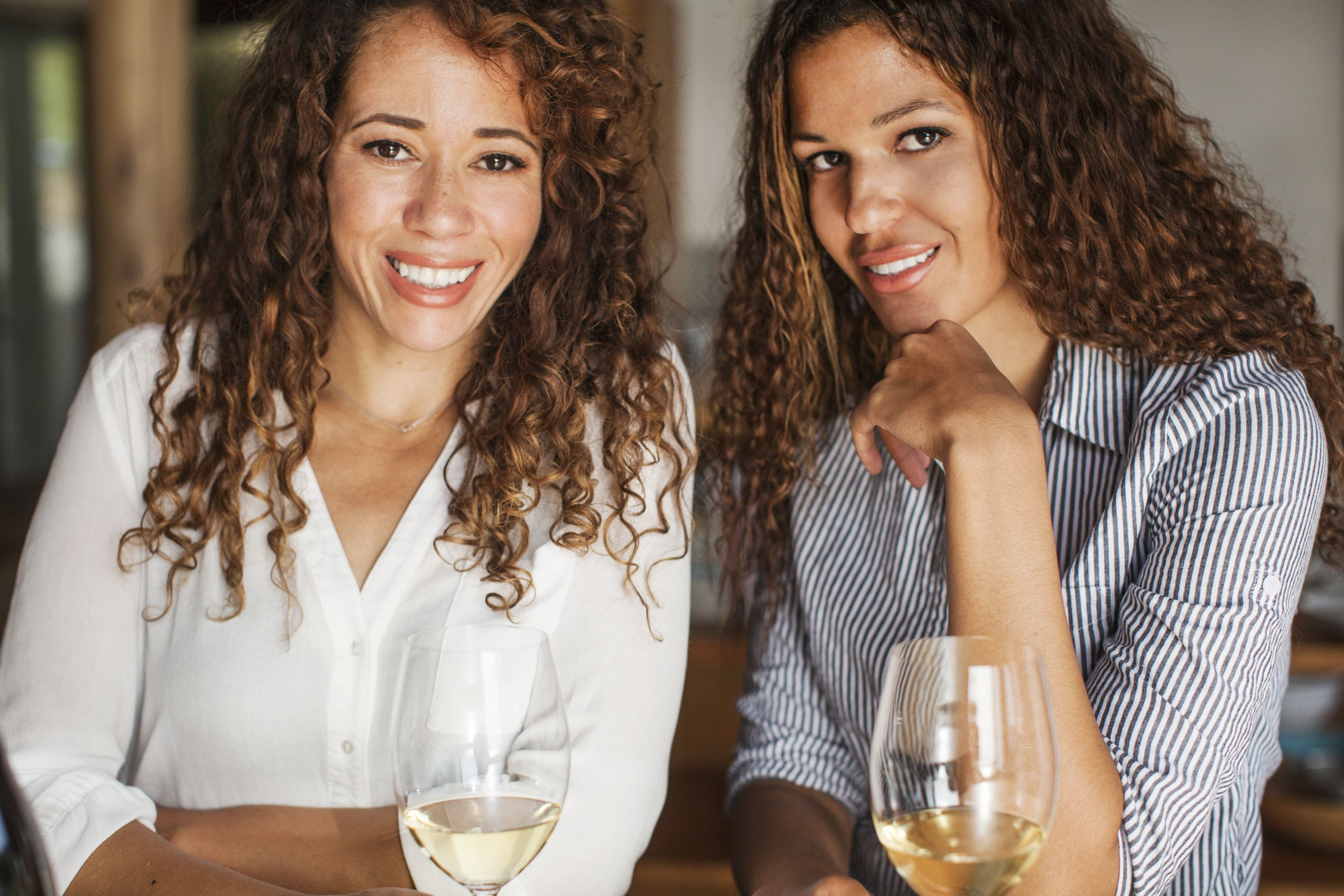 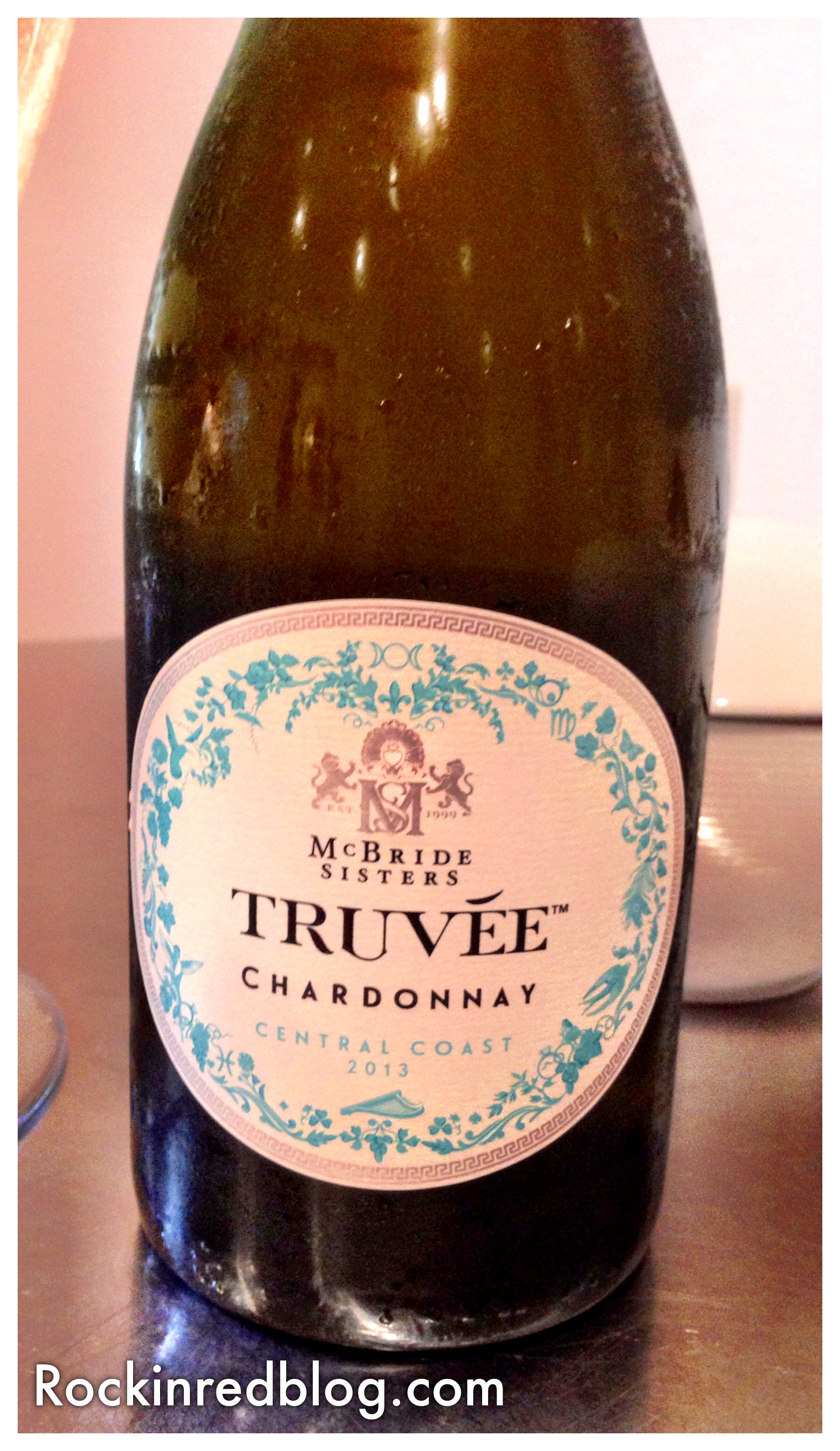 
Allen Toussaint was a jack-of-all-trades in the music industry. If you've heard any song in popular music, I'm sure his mark is on it. Honored in his 77th year at the White House for his musical genius, an inductee into both the Rock and Roll Hall of Fame and the Songwriters' Hall of Fame, the R and B performer passed this November 10th. Thank goodness someone had the presence of mind to heap rewards on him for his accomplishments while he was living. Thank you, Mr. Toussaint for your talent. 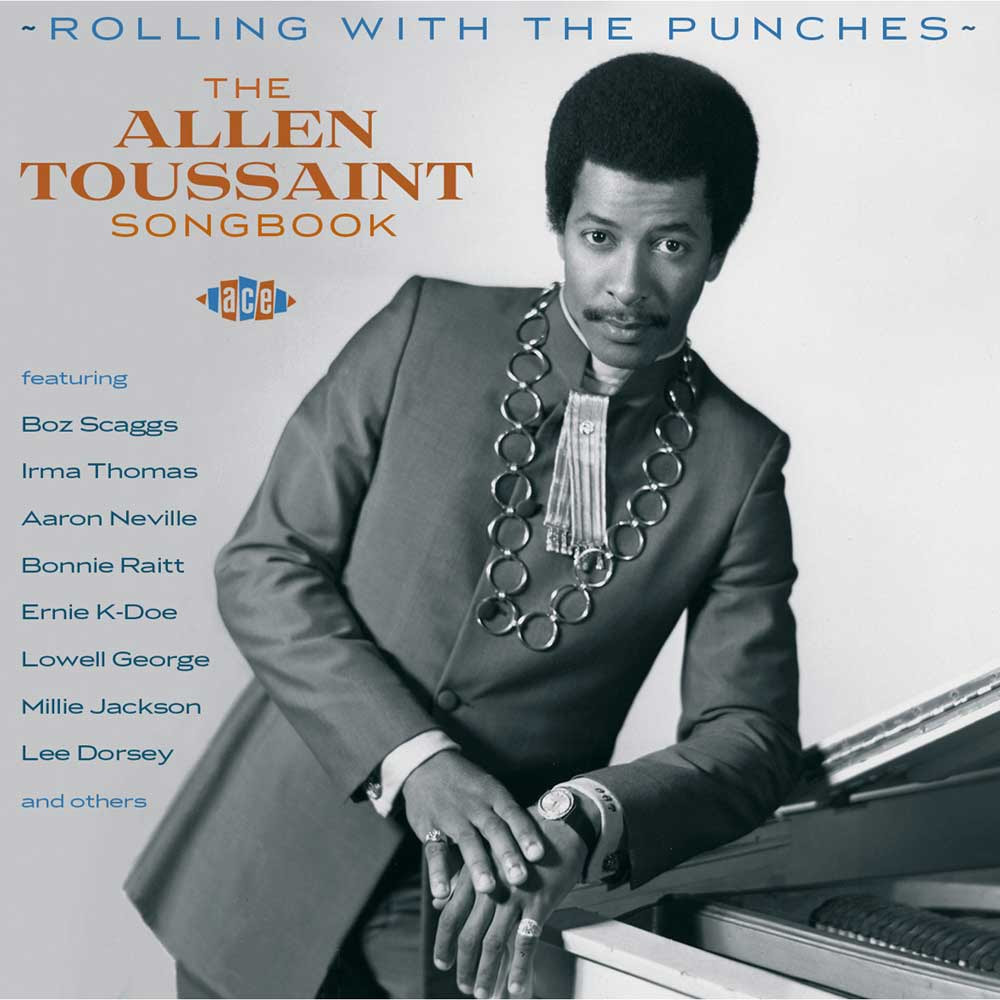 A smidgen of snark, a splash of tea and more non-White romance authors writing their takes on the "other's"romantic life

This week's installment of non-White romance writers has 8 who mix it up well.

Jeannie Lin - pens lush, historical tales set in Tang Dynasty China and a Steampunk series set during the Opium Wars. I applaud her covers. They SHOW the lovers and their ethnicities. Not some vague object or neutral landscape.

Billie London - contemporaries with a take on love in a country not America. I love her covers too.

Pepper Pace - contemporaries with main characters who might be homeless, have mental illness or physical challenges.

Now about that snark and tea...

This goes out to those reviewers/bloggers who look upon reviewing historical romances written by non-White authors as "problematic." Why? Is it that your mindset is so firmly entrenched in those tired-assed time periods that have become wallpaper in your consciousness? Have you gotten so comfy with those eras that showcase the same old, tired characters that you can't stretch your minds to include other periods that include "other" people living in those periods? Again as in contemporary romance, you seem to have no problem whatsoever with accepting the existence of m/m pairings in historical romance. You devour and applaud and comment glowingly on an author's effort to depict a love affair not like the ones to which you are accustomed.

So where is the disconnect when the pairing is hetero and non-White? Why must you "caution" readers that you "don't know how accurate the history is" in this kind of historical romance? Is it because you are lacking in your world view? Is it because you/your followers don't believe "others" existed in all facets of life, and were living it, before, during and after enslavement or colonization? That's mightily insulting because it means that if these types of people aren't presented to the reading public and/or validated by "reliable sources" (i. e. mainstream writers), they didn't exist and hence don't warrant page time or consideration. And Lord knows you can't rely on that non-White romance author to "get it right." Amirite?

I see the mediocre reviews these wonderfully different books get if the books are penned by a non-White author. If they get reviewed at all. The reviews are terribly dismissive. They scoff at real circumstances related in the books as "implausible." How? It's HISTORY! Why? Because you can't fathom them having occurred? Because you are narrow in your scope as a reviewer? Sad. From that point onward (or downward ) the book in review gets picked apart. Scrutinized ad nauseum due to the reviewer's lack of perspective. Things are questioned that are taken as Gospel in mainstream historical romances.

I admired one reviewer and gave her a pass when she reviewed my historical, KINDRED, and stated that she couldn't vouch for the accuracy of the history. She's a reviewer born and living in the PHILIPPINES! I didn't expect her to know American history but being the gracious person she is, she admitted she couldn't vouch for the history because SHE wasn't well-versed in it. Not because she didn't believe I knew my subject matter. I thank her for using common sense.

I will not point out names. I'll stick to my stuff. In my Swirl Awards-winning historical romance KINDRED, AN AMERICAN LOVE STORY set in colonial America, I received reviews out of the blue that I didn't ask for. First of all, I know that how a book is going to be received is out of my hands once the book is released to the world but I really wonder sometimes what y'all are on. Maybe folk like the crazy-assed, WTF moments in romance that are supposed to make it endearing. Me, I find them annoying and not how real people communicate but the public loves 'em. Insert note here. I DON'T WRITE 'EM. You want WTF moments, look elsewhere. Now these unsolicited reviews had dissenting opinions. Fine. No problem. Have an opinion. But have one that makes sense. Number one said there was too much history in the story. I repeat. The woman complained that a HISTORICAL ROMANCE had too much HISTORY in it. I'm done. I got nothing. Reviewer number two said it was melodramatic. My books are many things but they ain't melodramatic. Ok. So this person reviews ROMANCE. I said ROMANCE! If there ever was a genre that is the epitome of melodrama, it's romance. But she picked out my book as guilty? This time I got one word.

And the ish keeps coming!

How could I forget this gem? The Gullah speech that the grandmother character speaks in my historical is REAL. It is a bona fide dialect of American English spoken in the Low Country of the USA.. Hell, my father spoke it and all his family,

But one uninformed soul/reviewer deemed it my "attempt at writing quaint uneducated tongue." She totally ignored or dismissed that there was both a glossary and a bibliography at the end of the book because she wanted to make her statement. See why we need more than the same, clueless types of people in romance publishing/reviewing/critiquing calling the shots? The ignorance/snobbery knows no bounds. Not a one of those broads took into account that I had to do TWICE the effin' research to write the effin' book. That's right. TWICE! I had to research the timeline of the White characters' world and the timeline of the non-White characters' world to see where the two intersected. I have DNF'ed many a "book" by a White writer of diverse historicals due to their LACK of history. Period. And what kills is the pass and/or praise they get for "tackling a big void in historical romance." Excuse me while I puke! I found not a bit of history in any of those books. Just people of different hues going at it for over 200 pages in funny clothes speaking 21st century jargon. Titillation over information. No non-White writer writing an honest, thorough, historical romance where the players are non-White is pulling it out of their asses! We do actual research and do it until we go cross-eyed.

The old "You gotta be twice as good to get half as much attention."

But don't take my word for it. You are the "experts." Yeah, right.

This week's throwback band? THE TRAMMPS!

then...peep the magnificence of those open-inverted-pleat flares. can't beat the 70s. 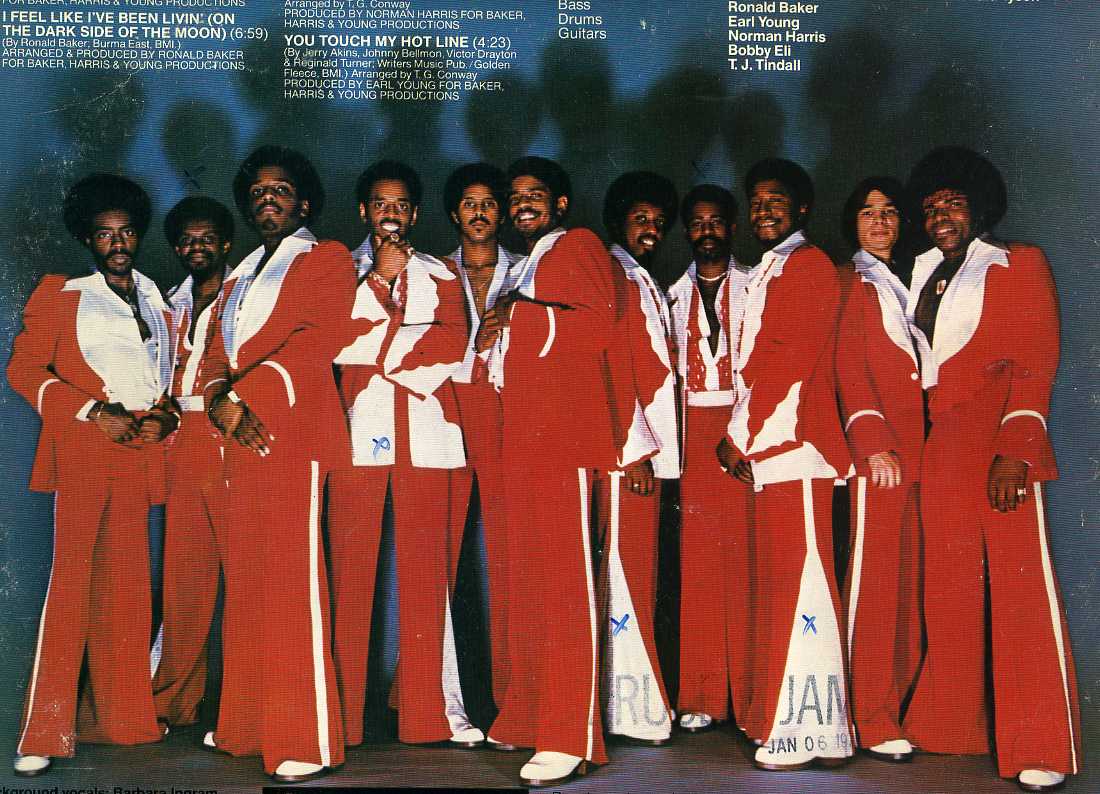 now...the lead singer, Jimmy Ellis is gone but the band is still fly 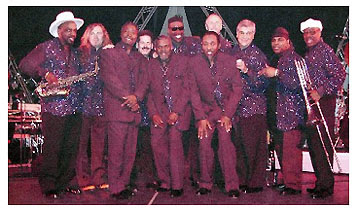 THE TRAMMPS! That disco/funk/soul band from my hometown. Philly in da house! Famous for some of the most driving music from the "Saturday Night Fever" soundtrack, this group was composed of lots of hold-overs from MFSB (Mothers, Fathers, Sisters, Brothers) based in Philadelphia. Blessed with the "Philly Sound," their music is recognizable, starting with their version of  Zing! Went the Strings of My Heart to Where Do We go from Here to Hold Back the Night to their biggie Disco Inferno. As hometown boys who made good, they hold a place in my heart. Plus, when I spin their albums (yes, I said ALBUMS), I'm back in my old bedroom getting ready to hit The Library in my best burgundy Qiana bodysuit and matching circle skirt. Let us not forget the mid-heel, beige, leather pumps because I do not care how stylish they were I could not do sky-scraper Candies to save my life!
Posted by PJ DEAN at 11:38 AM 2 comments:

Black female film directors or Yes,Virginia, Ava Duvernay is not a unicorn

Before the director of Middle of Nowhere and Selma hit the public's retinas, there was Julie Dash, Kasi Lemmons and Darnell Martin. These ladies helmed some excellent films, have withstood the Hollywood trifecta of sexism, racism and cronyism (plus I'm sure they've been told to make stuff "Blacker" or asked, "I know the scene takes place at a child's birthday party but why can't the heroine be naked anyway?") and are still in the business. Probably overlooked time and again for a gig because some bigwig's nephew just graduated film school and is dying to make another buddy flick, with his grade-school friend's script no less, which includes zombies and topless dancers. You get the picture. Sad thing is, it probably is being made while I type this. Anyhoo, I love all the films by these ladies.

Look for their work on Hulu or Netflix.

Julie Dash - Daughters of the Dust (a movie of such magical cinematography; plus it depicts Gullah life at the turn of the century so beautifully 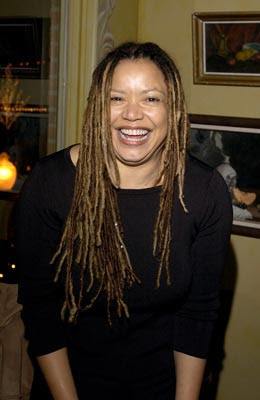 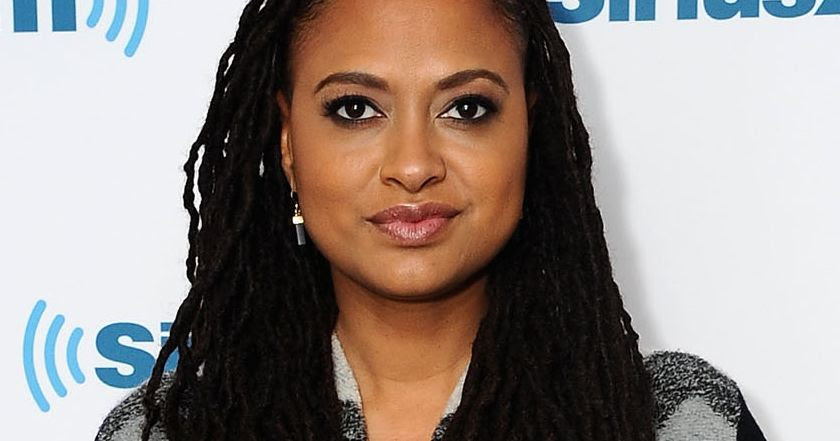