Gladys Knight, the lady with the velvet voice turns 71 today!

Happy Birthday, Empress of Soul! With or without the Pips, I could listen to you all day. You don't look a day over 40. Feast your eyes  on the recent photo below.You and Tina Turner are my touchstones for aging gracefully and still doing your thing. She has sooooooo many good songs but I have two faves by her. Her renditions of I Who Have Nothing (it sends chills down my spine every time I hear it) and I Heard It Through the Grapevine are classics. Celebrate, Miss Lady. You've earned it. 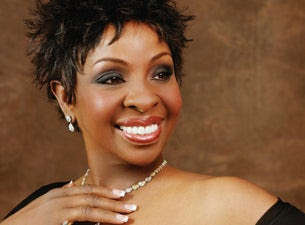 photo courtesy of www.allmusic.com
Posted by PJ DEAN at 8:54 AM No comments:

Speaking of music, a music great passed last week - Louis Johnson (no relation; he is on the right in the album cover below) of The Brothers Johnson. Along with his brother, George, they had chart-topping hits ("Stomp," "Strawberry Letter 23") that I danced my ass off to at many a basement house party in my day. He was a master bass player (I adore the bass) and played with all the legends (Michael Jackson, Michael McDonald, Quincy Jones to name a few). I still play their music and it STILL sounds good. "Thunder Thumbs," as he was called, was only 60 years old. Rest in peace, Louis.

LIARS AND CHEATERS AND PIRATES (sort of). OH MY!

There seems to be a new pirate site where almost all my publisher's list is listed. Now, the tricky thing is NO ONE of those books that this site or others like it post, are free. Again, the books ARE NOT FREE! THERE ARE NO BOOKS AT ALL. I received this info from my publisher so I thought I'd pass it along to you. So, people, if you are trolling for free reads...all these sites do is get you to use a credit card in some way (for ID or so-called correct routing of your "free book" to you). Then they have all your info. And will drain your card or ruin your credit. Read on.

"(loovebook.com <http://loovebook.com/> , aka, UrBookDownload, states they are a search engine: quote-*This filename has been transmitted via an external affiliate, we can therefore furnish no guarantee for the existence of this file on our servers.

Urbookdownload.com <http://urbookdownload.com/> matches keywords, searched from 3rd-party sites, to affiliate-networks offering unlimited access to licensed entertainment content. Urbookdownload.com <http://urbookdownload.com/> allows visitors, otherwise looking for free-content to enjoy more for less.-end quote
They do NOT have any books, they are merely redirecting you to pay sites operated by Fang Media doing business as Digital KO LLC. In other words, this was not a pirate site as we initially thought. They are known to charge your credit card that you are required to enter in order to register and make it very hard to stop you from getting your money back. Apparently, this company hides it's business practices as a pirate site. None of us were willing to compromise our credit cards to find out if they truly are pirates.

There are many of those sites like we were just discussing. The buy on Amazon link leads to amazon (note the release date; it's proof they are feeding from third party sites). The others lead to Tzar and other Media(listed in that other email) to insert your credit card info. None of those sites has any books; they are a search engine site and, if you look on WhoIs, you'll see they were all recently registered. It's a quick up site that allows them to get a % if someone buys via link on their site. Remember this: No one with any brains should be stupid enough to give a CC, but to those that do, so glad they think paying out 2-35 bucks is worth trying to pirate-goggle the reviews. So, readers, be aware and beware that you are paying fees that are uncalled for plus once those companies have you credit cardt#, you may as well cut up your card. You are officially TOAST!"

Readers, get your reading material the old fashioned way. Buy it or borrow from a library! A freebie ain't worth your credit getting dinged or your computer getting a virus.
Posted by PJ DEAN at 11:08 AM No comments:

"JUST 'CUZ A CAT CAN GIVE BIRTH TO KITTENS IN AN OVEN, DAT DON'T MAKE 'EM BISCUITS!"

I know. I know. It's hard. Believe me. I know. Been there, done that, got conned into buying the T-shirt. BUT, BUT...Anything worth doing is worth doing it WELL! Which brings me back to the current (intentionally or unintentionally) laughable state of historical romance writing. Authors, it takes a tad more effort than pasting funny, old clothes on characters who still talk like motorcycle club members and who indulge in friends-with-benefits behavior while horseback riding across an 18th century Scottish landscape. "Dutch" and Schulyer quaffing brew in ye olde inn? Really? Really? Gimme an effin' break! Do what REAL writers do. Do the friggin' research. Do the HARD STUFF or don't write the damned book! Half-steppin' (as my grandfather used to say) is lazy at best; insulting at worst. I've taken a vacation from reading these, these...rewrites (or re-wrongs) of history because I refuse to plough through another wet dream of how a writer has "decided it's gonna be" because they were too freakin' lazy to do the research instead of "how it really was." I'm just tired of it. These thinly-veiled excuses at rewriting ugly history. UGH! You wanna write a "love story" where U. S. slavery is the "titillating" backdrop for your slave/master rape fetish? Have at it. But call it what it is - YOUR FANTASY! And expect to be taken to task for it. You wanna write a "love story" where any kind of sworn enemies/participants in ages-old conflict fall for one another? Go on write it. But call it what it is - MOTHER-EFFIN' FANTASY! Stop calling this ish, "an intersection of poetic license and HISTORICAL ROMANCE." 'Cuz it ain't. It's sloppy work and wishful thinking. And makes me give you the side-eye. image from www.pintrest.com and www.pusheen.com
Posted by PJ DEAN at 3:52 PM No comments:

Little known Black history fact - Sigma Pi Phi - A fraternity created out of necessity (from my hometown, no less)

Author owned the publishing world, owned it, I say, when her novel, The Street, was published in 1946. 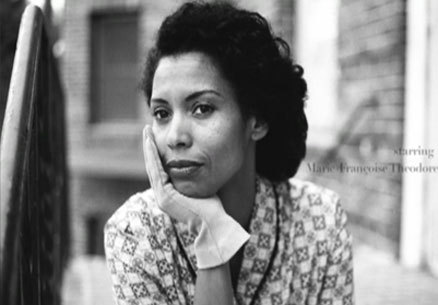 The May/Jun issue of BTS eMag is here!

Okay. Okay. This just in. Hot off the ePress. Latest issue of the BOOK TRAILER SHOWCASE eMAGAZINE. Read it here in the left hand side of this blog. Don't say I never gave you anything. Enjoy your weekend!
Posted by PJ DEAN at 8:33 AM No comments:

There is a brand, spanking new promotion group on Facebook and Twitter, named WOC In Romance. It's a place for women writers of color to pimp their work. It is the project of writer Rebekah Weatherspoon and a lovely opportunity for authors of color to list their links and info and be DISCOVERED and SEEN and not get dismissed or dissed by the mainstream market. Bless her. Also, follow the hash tag on Twitter to pick up those "diverse" books you say you are craving.

I just had to post these. I love fashion dolls. Barbie and her friends were my most coveted gifts (aside from books). Just love the pretty photos. For more info on these fashion dolls, visit https://www.facebook.com/UpliftingWomenOfColor?fref=ts
Posted by PJ DEAN at 6:18 PM No comments:

Before Tiger Woods there was Calvin Peete! (Not to forget Pete Brown, Charlie Sifford and Lee Elder)

Calvin Peete (July 18, 1943-April 29, 2015), who passed last Wednesday at the age of 71, triumphed over a badly healed broken, left elbow to enter golf, play the PGA tour and hold the record for driving accuracy for ten years straight at the height of his career. 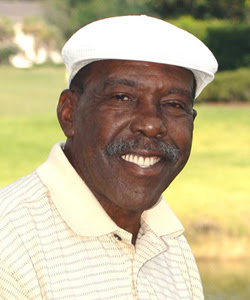 Last day of the Scifi SHINDIG! And I'm the guest post!

Check out how hard it is to love an alien or something like it in my post. Read about the ups and downs. Feel the excitement. Ruminate. Just go read it and...wonder.

http://www.thegalaxyexpress.net/2015/05/sfr-shindig-when-zyrlm-met-sally-andor.html
Posted by PJ DEAN at 9:59 AM No comments: