The Wakandan Okey Doke or does this dashiki make me look fat?

ERIK KILLMONGER IS MY HERO! OKAY?

I need to say that BLACK PANTHER was a beautifully made film. Hollywood put money into this project. You can see it on the screen. The cast is 1st rate in talent and looks. BUT, I am familiar with the character of Killmonger as written in the comic books. He is totally different than the portrayal in the film. In the comics, he is cousins with T'Challa. Their fathers were brothers. They shares a bloodline; he was as much a true contender for the Wakandan throne as anyone.

To make a long story short, Killmonger was kidnapped as a kid from Wakanda by slavers, brought to America and not raised in luxury like T'Challa. He grows up poor. He grows up wanting revenge on the land that didn't rescue him and because the throne was his father's by right, and by direct succession, his.

THE STUDIO CHANGED THE FRIGGIN' PLOTLINE! SORRY BUT IT RUBBED ME THE WRONG WAY!

Instead, the studio made this:

It made Killmonger this "misguided," insane, CIA-trained, AFRICAN-AMERICAN.REVOLUTIONARY (he is seen as an African-American, an outsider, because he was raised in the States even though he is Wakandan) who comes to Wakanda to challenge the passive African T'Challa for the throne and convince him to use their resource of vibranium to liberate all Blacks wherever they are in the world. But T'Challa declines and says OTHER BLACK FOLKS' PROBLEMS aren't HIS. Actually, I feel one of his problems is he ain't taking care of no one but the Wakandan elite. The regular Wakandans aren't benefiting from their natural resource. I tend to see things like that. But I digress. He tells Killmonger that he wants Wakanda to stay hidden, and safe and isolated and not open to the world. YET, boyfriend allows an outsider, a White guy, who is not blood, who is CIA, to come in and learn all about the vibranium.

Well, that ticked me off. Way the hell off.

T'Challa turned down blood over a foreigner, the colonizer as they like to toss around. He's depicted as noble and level-headed and blah, blah, blah. Killmonger is portrayed as that unreasonable, loose-canon, ANGRY, AFRICAN-AMERICAN who T'Challa points out as being as bad as those (CIA) who created him. Now let's be clear. Killmonger is ruthless. He does some wack shit. Still, I consider his upbringing. Anyhoo, cutting to the chase, they fight one last time and T'Challa kills Killmonger. After killing him, T'Challa ruminates and ponders Erik's way of doing things but chooses to boost foreigners' interest. The movie showed Black against Black for White interests. It shows a docile, content-with-the-status-quo, royal AFRICAN sweeping an ANGRY AFRICAN-AMERICAN upstart under the bus! Everybody else in the film got a pass but this "cousin" to be as greedy and shitty as they wanted to be.

At the movie's end, under the guise of working for world peace with the U. N., the African T'Challa chooses to maintain a foreigner's hold (an outsider) over his land through their need for vibranium, instead of using it to unite all Blacks (in Wakanda and in the diaspora) to be totally free to do as they please with the resource. Talk about a sell-out!

Why change a character''s background (Killmonger) so radically? Why? Unless it's to send a subliminal message?


And that's what it did. And African-Americans ate it up. They paid money to be insulted in style. African-American moviegoers are being gaslit by shiny sets, an all Black cast, pretty costumes and fantasy..

This movie showed Killmonger as an unorganized psychopath who shouldn't be acknowledged because he didn't have a plan for liberation only rancor. Bullcrap! He had a plan. He was going to start with taking out the financial sectors in NYC, London and China. It wasn't a tidy plan but he was a REVOLUTIONARY. And to lead one, you can't be timid and freshly starched..

So, Hollywood and the U. S. A. got their chance to show the world, in Dolby and in high definition, with talented, beautiful actors, how it feels about, and sees African-Americans. We are the untamed, the wild, the ungrateful, the people who are full of grudges about the past. That pesky past. Oh, why can't we get over it, they say? Through Erik, we are portrayed as some lab experiment gone wrong that won't die or act nice. We are seen as being less than anyone else on the globe, even by those in a land from where we originated.

So, no. as handsome as Chadwick Boseman is, his King T'challa is not my hero. He does not have the heart of a revolutionary. He is an appeaser which is fine if you think you can settle a score over a beer.

But if you want to change things, you need an Erik Killmonger..This country's worst nightmare. Thing is this country should love him. He is its creature.

So, I'll continue to shake my head over dashiki-wearing, Wakanda-fevered, Black movie-goers as they stand on line or exit the theater. In their euphoria over seeing all those Black faces at once on a the big screen, they can't see that they are being dissed and fleeced. A lot of folk are making mad bank off this film and they are largely non-Black. All I can think of is a line from the song from the Broadway musical, Chicago. "Give 'em the old razzle dazzle. razzle dazzle 'erm! "  In fact, I should have stayed home and watched that movie on DVD instead. If I had, I wouldn't have this lingering bad taste in my mouth. 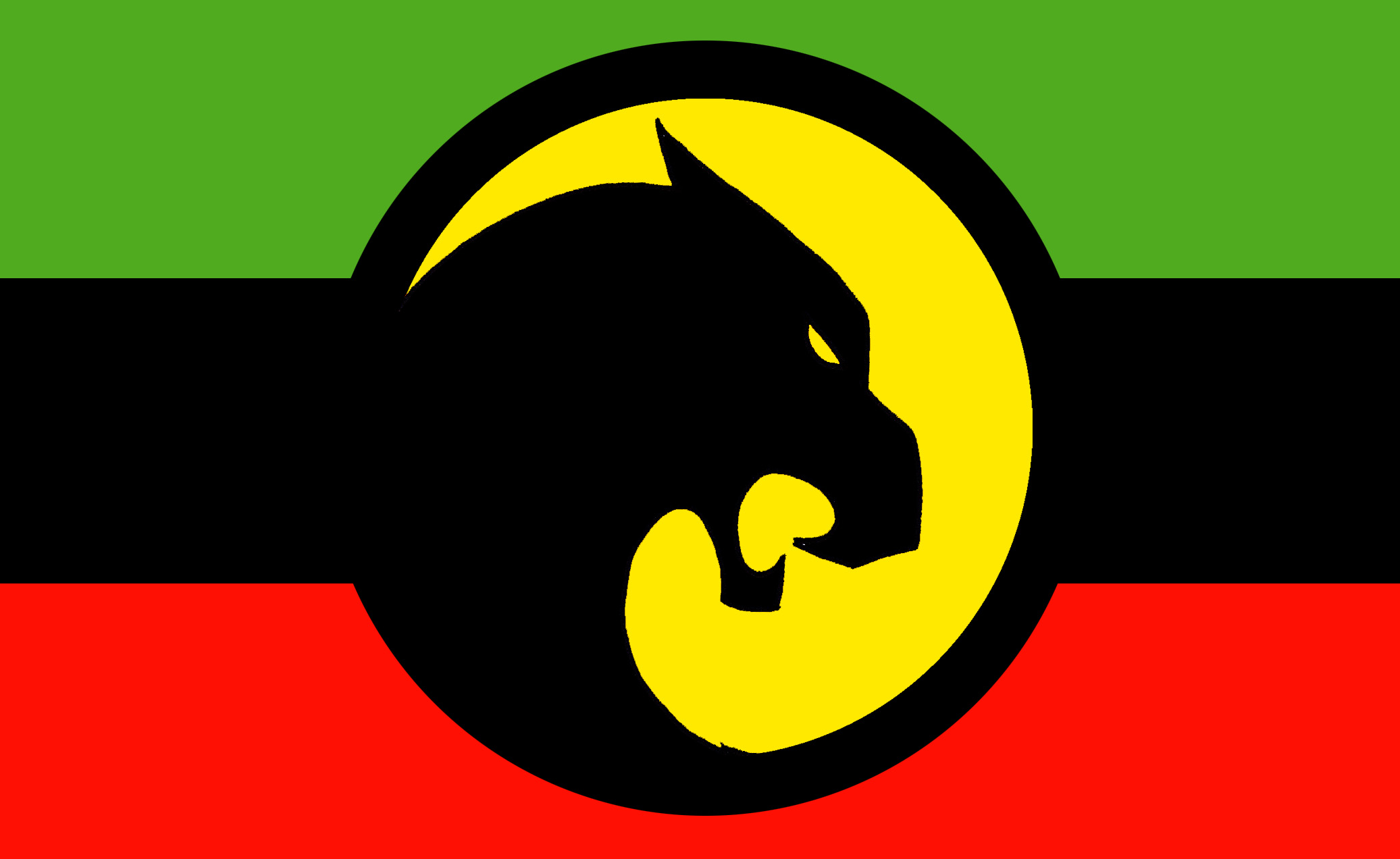 Dr. Olivia J. Hooker - Persistence in the face of ignorance


Yes. More firsts. I'll be glad when that monicker can be retired but I don't see it happening soon.

Olivia J. Hooker. Remember that name. She turned 102 this past Monday (Feb. 12). She was the 1st African-American to be join the United States Coast Guard after the U. S. Navy rejected her. She had signed on to the Navy but said, "Ta Ta" after rethinking the antics they'd pulled to keep her out initially.

Wow. Getting choosy about who even wants to defend this country. Just wow. Then again, the U. S. Army wasn't desegregated until Truman took office as President. And that's because the U. S. Was getting its butt kicked in both "theaters' of engagement.

Olivia was really dedicated because even after witnessing the horror of the burning, looting and demolition her home, and the all-Black area of Tulsa, Oklahoma known as "Black Wall Street", she STILL desired to join this land's armed forces. Would not have been me. Nope.

A graduate of Ohio State University, Columbia University and finally of U. of Rochester where she earned her Ph D. She went on to teach at Fordham and didn't retire until 7 years go!

Dr. Hooker is still active in a civilian branch of  the Coast Guard.

all info courtesy of blackamericaweb and Coast Guard Compass
Posted by PJ DEAN at 8:40 AM No comments: 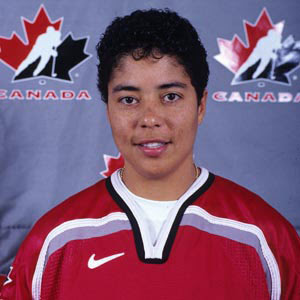 Now retired, Angela James held many titles, one being an inductee into Canada's Hockey Hall of Fame. Known for playing fierce defense, she earned another title of being the "Wayne Gretzky of Women's Hockey." She earned every national and international award possible but when it came to the 1998 Nagano Winter Olympics, the 1st time a women's hockey event had ever been featured, she was cut out due to "factors."

What the hell are "factors?" A disease?

Anyhoo, whatever these "factors" were, her absence screwed Canada royally. The Land-o-Maples-Leaves LOST to America in the gold medal finals.

Anyhoo, James went on to win many other awards and titles and retired in 2000. She turned to coaching and opened her own women's ice hockey school.

In 2010, she became the second Black player to be inducted into the Hockey Hall of Fame behind fellow Canadian, Grant Fuhr.. Lear more about Angela James below. 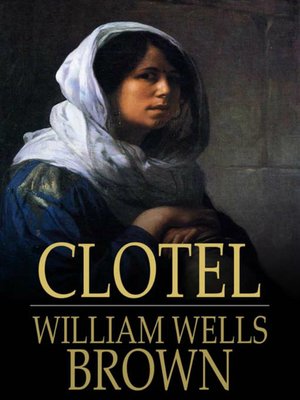 Well, it's that time again. Yep! It's BLACK HISTORY MONTH! How generous. Oh my. A whole month. The shortest, coldest one at that. It's a time when certain folks think all this stuff is made up, or plain just don't give a rat's ass about any of it.

So, to kick off the celebration of my skinfolk surviving over 400 years in this place (my Grandfather used to say that we were "prisoners of war." LOL.Granddad wasn't know for his subtlety.), let me start with an man who had been a slave. After escaping bondage, and through sheer power of will, William Wells Brown, not only became free but a writer and a playwright.

He settled in Boston after fleeing chattel slavery on a Missouri steamboat. He was educated by Quakers and had established a life, with a wife and kids, but still was a fugitive. With the passage of the Fugitive Slave Act, a vicious little piece of  "law" that could be enforced against runaway "property" no matter to where said "property'" had fled,  (free state be damned!), Brown sailed to Europe until some White acquaintances could buy his freedom.. While abroad he created books and plays. His best known work is Clotel. or The President's Daughter.  The plot of the narrative follows the trials and tribulations of one of good, ole boy Tommy Jefferson's daughters by one of his slaves. I do not know if was one of the daughters he had with Sally Hemings. If not, that means old TJ loved sneaking off to the slave quarters on the regular.

I any case, Brown lived a full life in Europe and came back to the States in 1854 a free man. He taught and studied and even became a physician too. Talk about a Renaissance Man.