The 90th anniversary of the Schomburg Center in Harlem 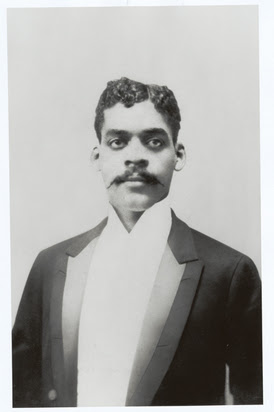 The Schomburg Center was born of one man's desire to gather information to chronicle achievement of the African diaspora. Something that was hard for many to believe almost a hundred years ago (Hell. That's a stretch for some cretins now) as it was thought back then that Blacks had no history, and therefore definitely had no accomplishments to speak about. Born in Puerto Rico of a Black mother from St. Croix and a German businessman father, Arturo Alfonso Schomburg was a record keeper and notable of the Harlem Renaissance. Now under the supervision of Dr. Khalil Gibran Muhammad, the center marks its 90th anniversary of Schomburg's dream.

http://www.nydailynews.com/new-york/schomburg-center-celebrates-90th-anniversary-article-1.2375937?cid=bitly
Posted by PJ DEAN at 4:13 PM No comments:

Some people wonder why I post on dead folks a lot. Why? Because the people I post about were NEVER given their rightly, copious praises when alive. The men and women in the arts and/or sciences who are not "pop culture" popular rarely get the accolades they deserve. Oh shut up! I can hear some of you moaning from here! For every Mrs. Carter or Ms. Minaj, there is an equally or more talented performer who will not get their due while living. Especially if they are sharing the same myopic space as the type of performers I've mentioned. These ignored innovators rarely get their proper due. No induction into halls of fame. No endorsement contracts for hair color or make up. What they usually get is their music used for commer-shills for hamburgers and cars and phones, etc. And pretty way under what the "Pop" gods/goddesses get. I present the latest in lost genius. The Crusaders. That r-n-b group from the 60s and 70s who also played soul, funk and and jazz!

Formed in Houston, TX in the early 60s, the group held court on the music scene from 1961-2014 in different incarnations. Its 6 members, Stix Hooper, Larry Carlton, Robert Popwell, Wayne Henderson, Joe Sample and Wilton Felder started as the Jazz Crusaders. The band disbanded off and on and finally broke up with the deaths of Henderson and Sample last year within months of each other. Wilton Felder died on September 27th of this year, The remaining members have gone their separate ways.So unless the group reconstitutes in some other form (like "Sons of the Crusaders"), we will not be hearing any more performances unless you got them on vinyl or CD or iTunes.

But do give them a listen. They were/are good.

Enjoy my excerpt and then please visit all the other authors in this hop at this link:
http://www.mysexysaturday.blogspot.com

Check out Author Central too for more info on 100th Blog Anniversary Bash being held on Facebook over the weekend.

This week's excerpt is free-range, random and from my latest KINDRED, AN AMERICAN LOVE STORY, a historical set in colonial New York state. My characters are very special. Educated, free, articulate minorities raised in a time when they were seen fit for only cleaning houses, cooking, laboring for others or simply ignored. African-American Kindred and Oneida Native Lelaheo have been brought up by a forward-thinking physician to believe they can achieve anything. On the eve of Lelaheo's leaving for medical school in Europe, he comes to Kindred to settle a matter which has been hanging between them like a fog. 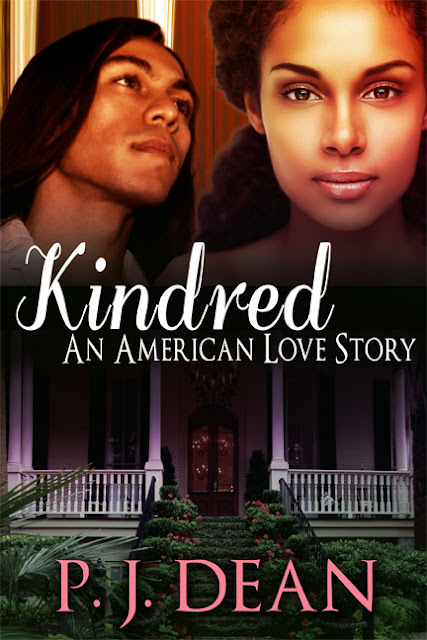 The household was partially silent. Only the ticking of the hall clock and Dr. Twain’s snoring competed for her attention. Once in her own room, she sagged wearily against the door, removed her head wrap and shoved it in an apron pocket. She did not like how Rozina was becoming listless by day’s end now. She did not like how her granny was tired all the time and rested more. It scared her. The land’s unending discord, Lelaheo’s leaving just as they were coming together…life as she had come to know it was changing. What once had been challenging was now just draining. She pushed off the door, untied and removed her apron and stripped down to her shift. She yawned and stretched, her toned, slender body, framed in beautiful profile, in the moonlight. As she undid her braids, she recited aloud, “Please, Lord. No more days like this one. And if you do have more, give me strength to get through them.”

“Kindred, never think that you have to shoulder burdens alone.”

Startled, Kindred grabbed up her dress. She had gotten to her room without a lamp and had not lit one when she’d entered it, knowing its layout by heart. “Lelaheo!” She sucked in air loudly. “You scared the hell out of me.”

“We need to talk in depth about our situation.” He sat in the dark, in the ladder-back rocker by the window. He reached over to turn up the oil lamp. Light filled the room, illuminating all within. He rose and walked toward her. She withdrew, the doorknob hitting her in the small of the back.

“Please, Lelaheo.” She held out her arm to stop his advance. “Please leave. We should not be alone together like this.”

Lelaheo pulled the dress from her grasp. He pried her from the door and swept her into his embrace. At their contact, Kindred inhaled abruptly. Caught in his arms, clad only in her shift, she felt both vulnerable and enticing. His ample hands traveled over her, slowly, deliberately. A sudden surge of excitement coursed through her.

“Why not? My intentions are honorable.” He dropped his head down next to hers and nuzzled her ear. He closed his eyes and gave himself over to the tactile. His fingers slowly peeled the straps of her shift from her shoulders, then traced their curvature and the toned muscles of her arms. His hands claimed her waist next, testing how it flowed into nicely curved hips. They both shuddered.

Want more? Feed that questing mind at Amazon OR at Devine Destinies  OR at BN 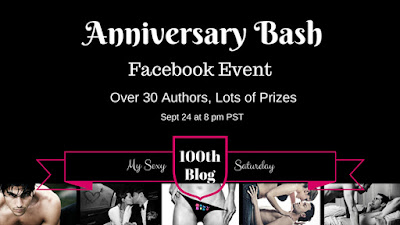 There's a My Sexy Saturday Bash to celebrate the 100th week of the self-titled blog hop. It's happening on Facebook today and tomorrow. Authors, prizes and prizes. My allotted time slot to mingle will be from 9:30-10.00pm, PST, Sept 24th. Go to the following Facebook page to get in on the event when it begins:
page: https://www.facebook.com/events/826684057428922/
Posted by PJ DEAN at 11:49 PM No comments:

EMPIRE is back tonight! 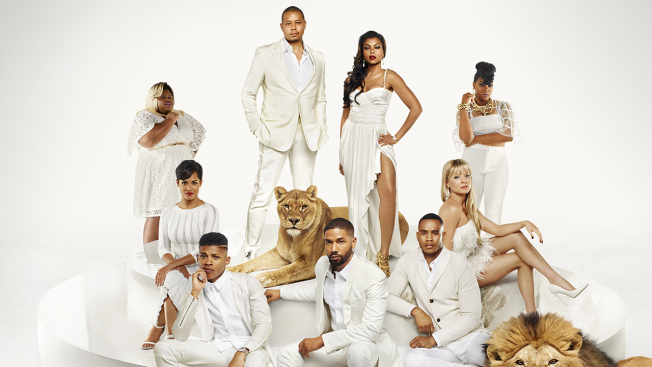 Well, in the States, tonight's the night! Fox's EMPIRE returns for season 2. The Lyons are back in all their dysfunctonal glory. Cookie's got reasons. Hakeem's got game and Lucious is on ice! Who will rule the record empire while Lyon senior is behind bars? And what will happen to Boo Boo Kitty? Will anyone care what happens with Boo Boo Kitty? For the answers to all these questions, tune in. If you can get it, watch EMPIRE at 9PM/EST on FOX. Check your local listings
Posted by PJ DEAN at 8:07 AM No comments:

HUNK ALERT!! Some brothas 50 and over who still bring the heat

Today's chocolate, caramel and butterscotch morsels have aged exquisitely. Yeah, I'm partial to some gray sides on all hues of men. So don't pout my lovelies of lesser melanin. (Listen to me. Like any of you were checking for me. Hey a girl can dream) I. Make. No. Apologies. Take it away! 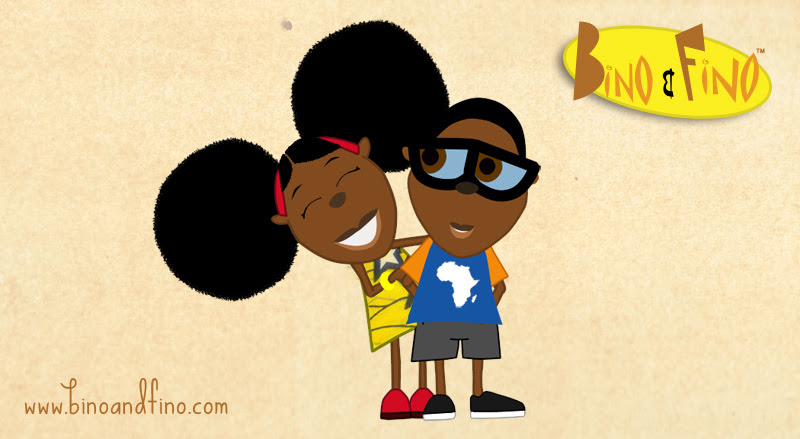 info courtesy -Black America Web, bino and fino
Posted by PJ DEAN at 11:23 AM No comments: 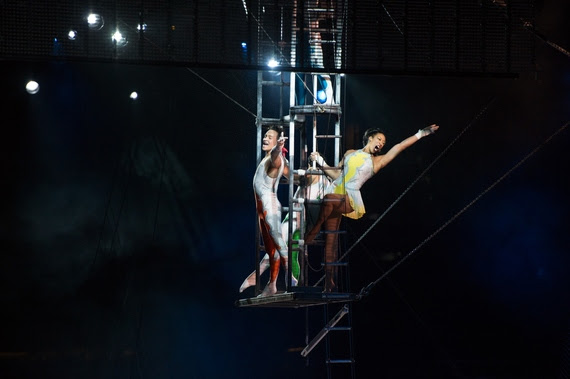 A sistah in the air! ms. Finley says she is living her dream. And I believe she is. The USAF veteran left an Anheuser-Busch factory job to trip the light fantastic. Congrats!

http://blackamericaweb.com/2015/09/21/little-known-black-history-fact-kristin-finley/
Posted by PJ DEAN at 11:57 AM No comments:

I adore this woman. Adore her. Did I say that already? Forgive me my girl crush. Janet Jackson is classy, sincere and a pro. I suspect that the tabloids and news outlets are NOT reporting more on her successful Unbreakable tour (her seventh) because she is performing with more clothes on than in the past. The tour is just as successful as her others but you'd never know it. I suppose not showing your ass (literally), gets one a demerit. She's covered from neck to ankles in her choice of costumes AND still belting out good music. But (no pun intended) it ain't enough for some folks. They gotta see skin. WELL, SHE AIN'T DOIN' IT! Because she doesn't have to. And I'm sure it's out of respect for her Qatari husband, Wissam Al Mana. Fans are buying tickets anyway. She's leaving the half-naked antics to all her imitators. Yes, imitators. The present crop of rump-shakers are johnnies-come-lately. Damita Jo was doing it years back and better. Seats for all, ladies. Queen Janet will be holding court off and on over the next several months. Be on the lookout for when she gets anywhere near your area. It would be oh so worth it. 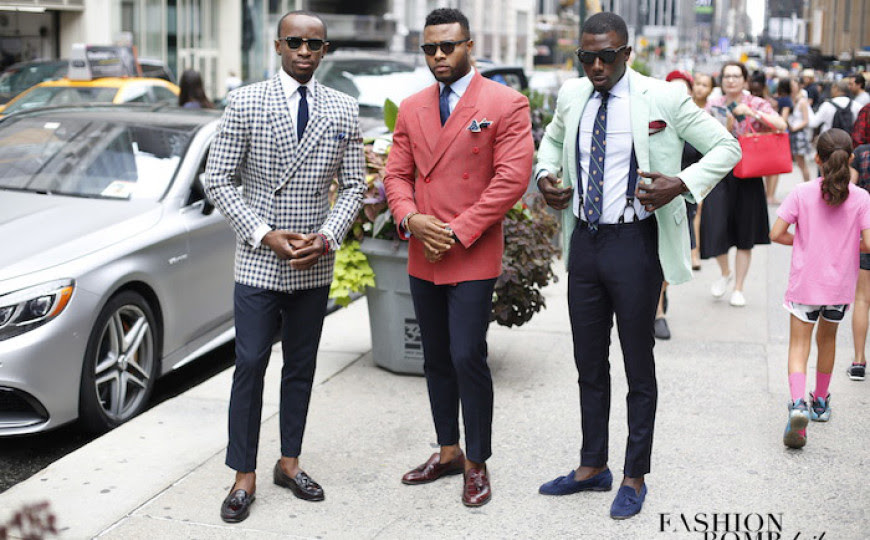 Photo courtesy - Fashion Bomb Daily
Posted by PJ DEAN at 9:37 AM No comments:

Catch up on the exciting, worthy life of this original WWII Tuskeegee Airman whose exploits and those of his squadron were part of the George Lucas film Red Tails. He was laid to rest today. He was 90. 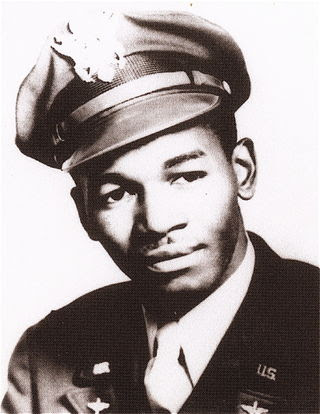 The history behind Orange Mound, Tennessee

In southeast Memphis, Orange Mound has a crime-plagued present but a rich past that even locals don't know about. Uncover its tale. Reminds me of South Central, L. A.'s history. Arnold Josiah Ford - 1st Black rabbi in the U. S.

Apparently in some circles, this is a hotly contested theory. I do not know as I am not Jewish or Falasha. In any case this man was a player in the Black Judaism Movement in the U. S.A. 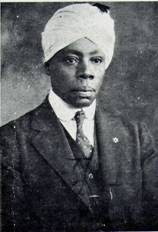 http://blackamericaweb.com/2015/09/08/little-known-black-history-fact-arnold-josiah-ford/
Posted by PJ DEAN at 11:07 AM No comments:

News to me. So before there was Jesse Owens, there was George Poage. What a cutie! And nice legs. Go George. Read more about him at the link below. 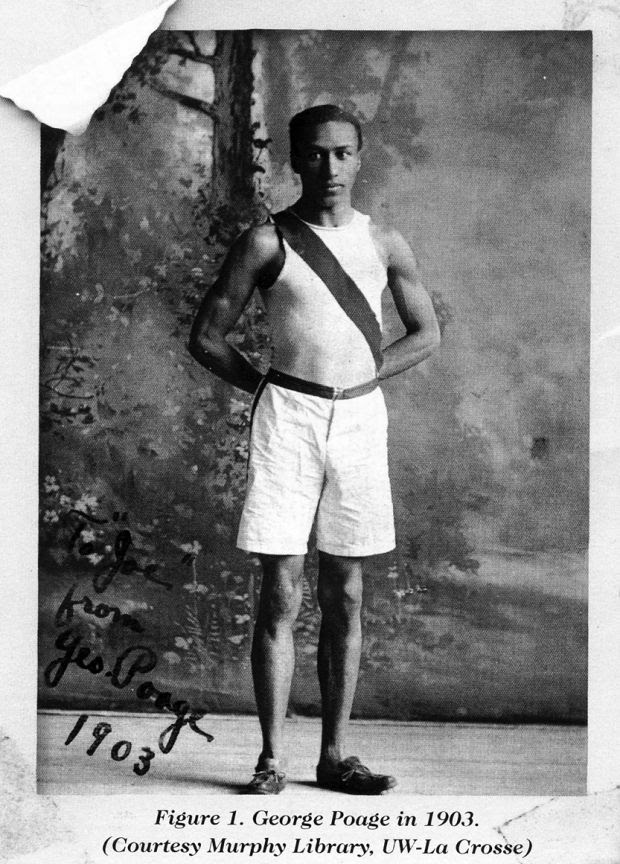