The 23rd Regiment of the United States Colored Infantry


The regiment was crucial to many battles won  during the American Civil War. They were the 1st of the Colored Troops to engage Gen. Robert E. Lee's Confederate troops in combat. Lee's Army and the 23rd clashed on May 15th, 1864 in Spotsylvania, VA. They went on to be joined by the 30th Colored Infantry to beat down an advancement made by Gen. Thomas L. G. Rosser  Southern troops. Success in another battle was legendary: Battle of the Crater in Petersburg, VA (re-enacted in the film, Cold Mountain). Read more about these brave souls at the link above. 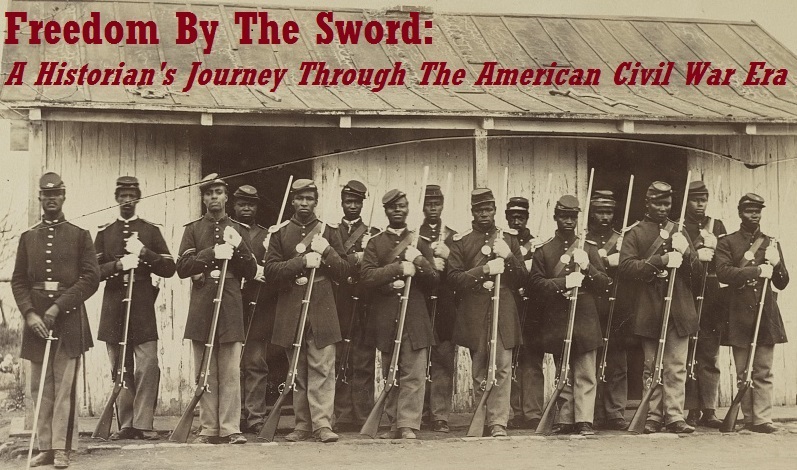 Take a gander at this playa! William A. Messley, a member of the U. S. Colored Infantry Regiment just chillin' As a teen, she was the 1st African-American to integrate Harry Harding High School in Charlotte, N. C. She was spit upon and had trash tossed at her as she walked the gauntlet to the school's entrance. I really don't think i possess such guts. But bless her. The level of ugliness is, was unfathomable. Look at those cretins! But it cracked a system that certain towns and cities STILL try to circumvent today. Hats off to you in any case, Dot! You are truly the BETTER woman.

David Blackwell (1919-2010). Mathematical genius and a 1st in many circles. Wow. I used this man’s math textbook back in high school and didn’t know it had been written by him. His 1969 text, Basic Statistics is STILL used today.Terrible in math as a child, his mom made him face what made the discipline hard to grasp. And when he mastered that…The rest is history. His statistics textbook made the subject easier for me. As far as statistics goes as being in anyone’s top ten, it reached number 4 after trigonometry for me. Don’t ask me about geometry. I detested it and still do ‘til this day. 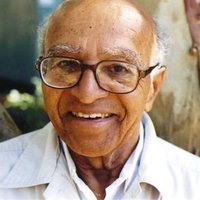 HARLEQUIN lays down the hammer!

HARLEQUIN. The name that when people, not in the romance writing business, or people not familiar with the romance writing business, or people who could not care less about the romance writing business, hear makes them stare blankly or go “Oh, please!” is set to close out five (5) of its series category lines. Fewer bosoms will quiver. Fewer shirtless chests will gleam. Fewer swarthy, foreign billionaire/potentates will have the opportunity to toss their domains at the feet of American nannies, secretaries, exchange students. And zero black heroines and heroes written by black authors will be presented in a line devoted to them. Scheduled for demolition are the category lines SuperRomance, Love Inspired Historical, Western, Nocturne, and Kimani.

Seems indie publishing is kicking the venerated, old girl’s butt. They supposedly are not bringing in the money like they used to nor the readers. Seems the old warhorse can’t figure out how to keep pace with what the indies are creating. I see the problem as the indies are just that: creative. They are telling stories which is what storytelling is about. Not how well one can follow boring, limiting submission guidelines. And Harlequin has boring guidelines for each of these lines like they do for all their lines. But have you ever read them? Yikes. Behind-the-times is what comes to mind when one reads them. Behind-the-times because abiding by those guidelines will have Harlequin forever playing catch-up with the competition.

To progress, a business can’t keep churning out the same type of books, grab the attention span of today’s reader and stay afloat. I know the company made its bones on delivering on the fantasies of women, married and unmarried some 50 years ago. That tried-and-true base grew to love the formulaic, the routine the comfort and the stability in their lines. But times have changed. Seems readers want it hot and hotter. They want it more realistic and unpredictable. A company cannot keep churning out sheik romances, Indian romances (American and East) and any European magnate or royalty romances without adding some authenticity to them.

Just can’t do it.

Nope. Not if a company is looking to attract more readers. Readers who are younger, more-worldly, are not all white, and mainly who are not game for fakeness or stereotypes, no matter how unintended. Sorry. But books with made-up countries run by foreign rulers who act like Westerners don’t cut it. Case in point. I tried a book, ONE BOOK by a rather prolific, popular Harlequin author from one of those lines. Her specialty seems to be contemporaries with Middle Eastern characters who rule unreal lands and are smitten by the spunky American. Oh man. I don’t know what reference materials, if any, the woman uses to check for any shred of the world she thinks she’s opening to someone. Hell, maybe that’s it. The someone she writes for doesn’t care. Just write gushy feelings with uber-masculine men and malleable females. Alright. Let me leave that right there. That summed up 4 lines.

Now, on to the KIMANI line. It was a line (don’t quote me on this) that originally was ARABESQUE at another publisher but Harlequin bought it. It featured BLACK people as main characters in books, and the books were written by non-White authors. Why, you ask? In another post from ages ago, I wrote that the romances business NEVER included non-White people as main characters in romance books decades back. It was the reason for a line like KIMAMI and others. At least it was place for those stories crying to be told. I’m glad great authors got their chance to be heard. But upon closer analysis, it is blatantly outdated.  Segregation really because a romance book is a romance book not a BLACK romance book. Anyway, dynamite writers like Farrah Rochon and Kianna Alexander and Zuri Day headed that line.

I predict a whole, other scenario for the authors with the KIMANI line. They have faithful readers who will buy and read anything they write. BUT having been writers for a single line, backed by a big company, will they keep that mainstream reader who tried them BECAUSE they were attached to a big company like Harlequin? Let’s face it. Some mainstream readers won’t read a non-White author unless a big name says that author is OK. The KIMANI writers are excellent without Harlequin. I hope the “stamp of approval” that came with being published by Harlequin stays with them as they are released into the wild.
The KIMANI authors are talented pros. Do the rest of the Big 5 see that? And will any of the Big 5 pick them up as simply romance authors and not BLACK authors who write BLACK romance? With the dissolution of KIMANI will Harlequin now accept their manuscripts as plain romance and place them where appropriate into the company’s other mainstream lines? Or will they be rejected for being too ethnic? To remain on the radar will they resort to writing non-Black main characters to get published? I’ve seen this happen. I’m not saying these authors can’t succeed. What I’m saying is, their path to future publication (if done through the traditional channels) will have additional obstacles that the displaced authors of the other 4 lines won’t have. 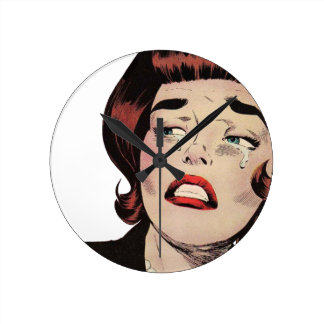 To all the lovely, courageous, blessed and tired women (or guys who do double duty as mom and pop), enjoy your Mother's Day!

Kids, cherish your Mom while she's still around. Remember she wouldn't be here forever. Give her her flowers now. She can't smell 'em when she's gone. So, go visit her!

Usually, it is $4 but will be $1.99 during that period. Remember it is in KINDLE UNLIMITED too!

Buy mom a romance book. Have a Happy Mother's Day! Mellody Hobson and her golden life 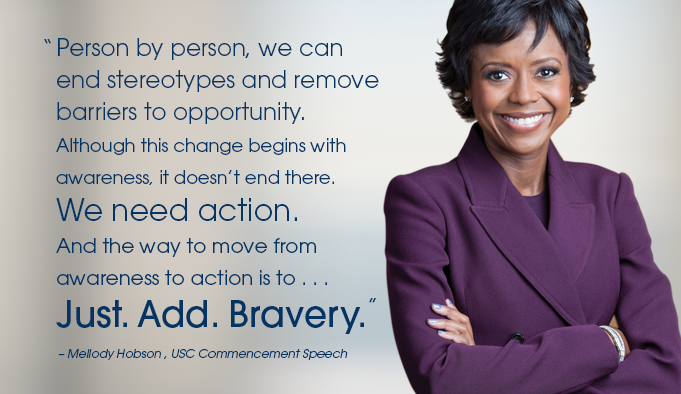 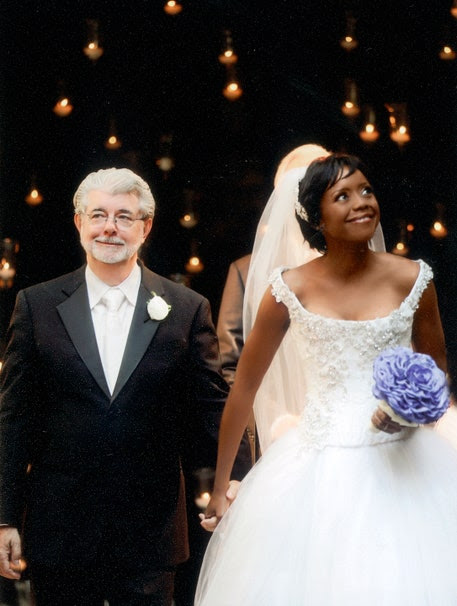 If acknowledged at all by people, she is probably known only as “that black woman married to that Star Wars director.” But Mellody Hobson is a force in her own right. She is no come-up queen or IG “model” who made a sex tape to gain likes, followers and hopefully some rapper’s or baller’s attention. NOPE. Ms. Hobson was a scholar who graduated from the Woodrow Wilson School of Public and International Affairs at Princeton University, and set her sights on taking care of her own business. Starting at Ariel Investments of Chicago not long after graduation, she rose through the ranks by her smarts and is today its president. Take that!

She met George Lucas at high level social functions. No insta-relationship (as she was not thirsty and he’d been at bat before in marriage), they dated for 7 years before tying the knot. They have one daughter. She now is Chair of the Board of Directors of Dreamworks Animation and is the 1st African-American woman to head the Economic Club of Chicago.

So, to get a man on her level, she didn’t resort to boobage, butt, or hair overload. She had a high sense of her worth and her own thing going on BEFORE she met Lucas.
So, next time you hear her name or see the couple in a photo, think of her as “that attractive, brilliant CEO that that Star Wars director was lucky to get.”
Posted by PJ DEAN at 9:36 AM 2 comments:

A precursor to rap?

Well. This man had cojones. A doctor and scholar who infiltrated the Klan and lived to tell about it. Can you imagine how harrowing and sobering it must have been to sit in on those meetings. Meetings where you heard about the planned demise or destruction of your people's lives or property like a Sunday afternoon outing. Geesh! Chilling. Anyhoo, read about it.