Random thoughts on COVID-19, Black Americans, Bridgerton and consent. Or not

Hi! This post will probably make no sense but the last 12 months haven't either. Permit me my ramblings. It's been tiring.

No COVID-19 didn't get me nor have I gotten "the shot." I'm not eligible yet. I'm still debating. I mean do I put my trust in a gov't that suddenly is verklempt about the health of its country's Black citizens? Pardon me while I side-eye the land that has never gotten worked up about "saving" us from disease or worse. If anything, it took pride in initiating disease in us for the sake o medical progress. We have been used as guinea pigs for new treatments, procedures and medications WITHOUT our knowledge to better the lives of the dominant society. 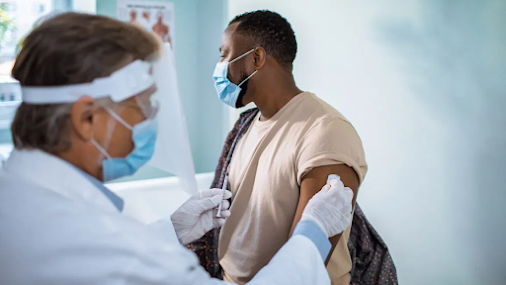 In this new reality of lockdown/quarantine (whatever you wanna call it), due to COVID-19, people have become fierce "streaming addicts." Streaming services viewership has gone through the roof. Many die-hard romance readers discovered BRIDGERTON on Netflix. And word sped through Romancelandia, first, that the cast was gonna be DIVERSE (How I loathe that word). And the second biggest concern with those familiar with the romance books the series is based on was how the project was going to handle the rape scene in one of the books in the author's series about the Bridgerton family. The rape scene.  Oh the virtual hand-wringing that ensued about the book "The Duke and I"s infamous "rape scene." I must be out of the romance world's loop because I'd never heard of it. And after I had, I didn't care. Seems the concern was how it was going to be interpreted. In the book, the heroine, Daphne seduces her duke of a husband, Simon, after finding out from her maid, ex-governess, some other more sexually experienced broad, that to become preggers (something Daphne wants badly), the man has to "complete" the act of intercourse inside the woman. Apparently, in the book, Daphne takes matters into her own hand and gets what she wants forcefully.

When Julia Quinn's Bridgerton books came out in the early to mid 2000s, consent was not the hot button topic it is now in romance writing. In the eyes of SJWs, Daphne is a rapist. O-O-O-kay. So what is Simon? He's no upstanding gentleman either. He straight up lied to his wife because he didn't want kids (there's a reason), and knew he could act any way he wanted because she was an innocent, trusted him, and was madly in love with him. He just took it upon himself to control their sex life. So he's no better on the consent front.

So how did Netflix and Rhimes handle the delicate situation from the book? They let it play out the way it was written by Quinn but provided Daphne with additional lines where she admonishes Simon for his deception. To please the SJWs, Daphne gives Simon a post-coital speech on how he had been depriving her of what she wants most, how he had taken advantage of her inexperience to dupe her into thinking sex was always like the way they had been doing it and that she wasn't pregnant because she was probably barren. Whew!

Now excuse me but I was sick of BOTH of them by the time these scenes rolled around. I. DIDN'T. CARE! .Girlfriend knew the man did NOT WANT CHILDREN but she wed him anyway. He was a stone idiot to think he could keep on playing Mr. Pull Out their entire marriage and she wasn't gonna ask some other married woman were his actions normal. I got zero sympathy for her and him. They both were playing games. How since we had been captives in our abodes for months, this series and the handling of the "rape scene" was big news on the romance blogs. It was talked up so much that romance readers were getting "pre-triggered" about the upcoming scene. And that is where I removed myself from reading about the much-ado-about-nothing issue. People! It's a scene in a fictional work, between 2 grown-ass, fictional people.

Personally, I YAWNED through the parts of BRIDGERTON I did manage to stay awake for. I suppose it was titillating for lots to see a White woman with a Black dude in long, drawn-out sex scenes and it not be a PornHub production. Maybe it was just me but I found Daphne and Simon to be the most boring couple in the show. Anyhoo, another tempest-in-a-teapot was the presence of Black people period in the show. Many could not fathom how there could be Black aristocracy in Regency Era Britain and were pissed at the show's "insertion of diversity for diversity's sake." OY!

Look, folks. black people had been in Britain for quite some time, and not just as servants, by the time the Regency rolled around. Story goes that famed show-runner Shanda Rhimes was on vacay and had brought some beach reads with her. One being the Bridgerton series by Julia Quinn. Seems Rhimes was taken with the books and had a vision for them. Rights were acquired and  the backside of actor Regé-Jean Page is a household staple now. My beef? My pet peeve? Why couldn't Shonda Rhimes have picked up a beach read set in the Regency Era with a cast of BLACK characters, written by a BLACK ROMANCE WRITER since she was looking to put a twist on a classic for a property to show run? There are a number of BLACK ROMANCE WRITERS who pen Regencies. All she had to do was Google them while lolling on the sand if she truly wanted to be innovative.

But No. She chose to showcase a White romance writer's work. The original books that the series is based on has NO BLACK CHARACTERS in them. She then changes crap around to fit her vision for Netflix.  Shonda. Shonda. Shonda. You could have put a sistah on the map but you chose to big up a non-Black woman who had already made her mark on the romance writing scene. A Regency-writing sistah could have used the boost to her readership and to her bank account. A sistah could have used the shine. 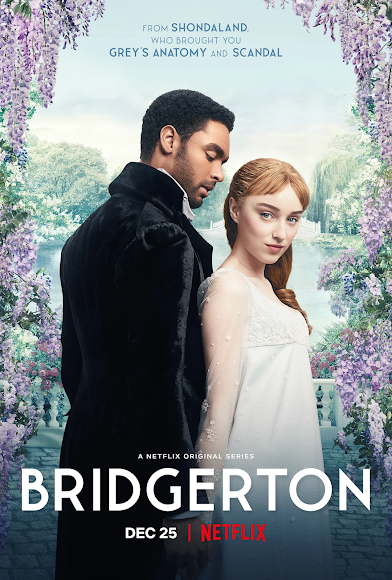 Back to the "virus" and that freshly created government concern for Black Americans' health. I call theater. I call BS. I see carefully orchestrated photo ops of Black people getting "shots in arms." Where was the medical community before Black people started dropping like flies from COVID coupled with serious co-morbidities like heart disease, diabetes, obesity, high cholesterol, COPD, asthma, etc. Whatever. Black folks will get the vaccine or not. I know some people who've had bad side effects. I know people who've had COVID-19 who recovered and have no after effects.

So what am I gonna do as my turn approaches? I'll continue to ask questions; educate myself. I'm concerned that "vaccine passports" will become a requirement to move about the country. I'll decide my fate because isn't that what consent is about?