L'affaire Dolezal - The 15 minutes ain't up yet? 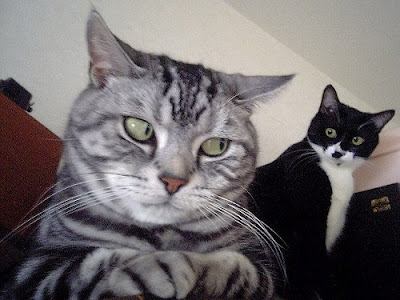 I've expressed my feelings on l'affaire Dolezal. And the puss above explains it beautifully in one look. Already the story is getting weirder and weirder. Check out the links below on the continuing saga and some viewpoints from activists on both sides of the aisle on this news item. Cheer up Puss-Puss! That spray-tanned insult to real Black women will go away after she seals her book, movie and reality show deals. The defunct One-Drop Rule cooked up by slave owners of long ago, but lives on in mass memory like encroaching ivy, is serving her very, very well even though she has not one drop of Black in her anywhere (A post on that racist genetics shell game I'll post at another time). The news is full of her nonsense yet the Dominican Republic is set to expel its citizens of Haitian descent who were born there after 1929, or came there after 1929, on Thursday. And who says America doesn't know how to prioritize?


Saga, Part 2
http://blackamericaweb.com/2015/06/14/did-rachel-dolezars-parents-out-her-because-of-her-brothers-child-molestation-charge
Posted by PJ DEAN at 8:17 AM